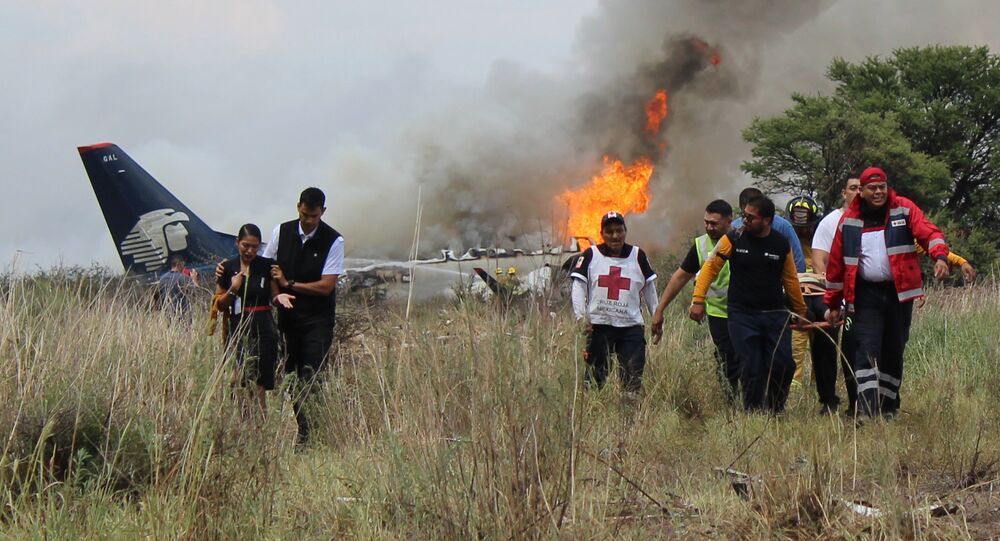 WASHINGTON (Sputnik) - At least 65 Americans were on board of Aeromexico flight AM2431 that crashed in Mexico's Durango state on Tuesday, a State Department spokesperson told Sputnik.

"We are aware that at least 65 US citizens were aboard the plane, and we are providing consular services," the spokesperson said on Wednesday.

The State Department is in contact with Mexican national and local authorities as well as the airline, the spokesperson added.

© AP Photo / Red Cross Durango
WATCH Plane Consumed by Thick Smoke Moments After Crash in Mexico
Earlier on Wednesday, the National Transportation Safety Board said the United States is dispatching two experts to Mexico to assist in the investigation.

On Tuesday, an Aeromexico Embraer 190 aircraft crashed while taking off from the Guadalupe Victoria Airport in Durango. The aircraft unsuccessfully tried to abort the takeoff due to bad weather.

Aeromexico said that all of the 103 people aboard the airplane — four crew members and 99 passengers — survived the crash. However, all have been treated in local hospitals and two are in critical condition, according to media reports.