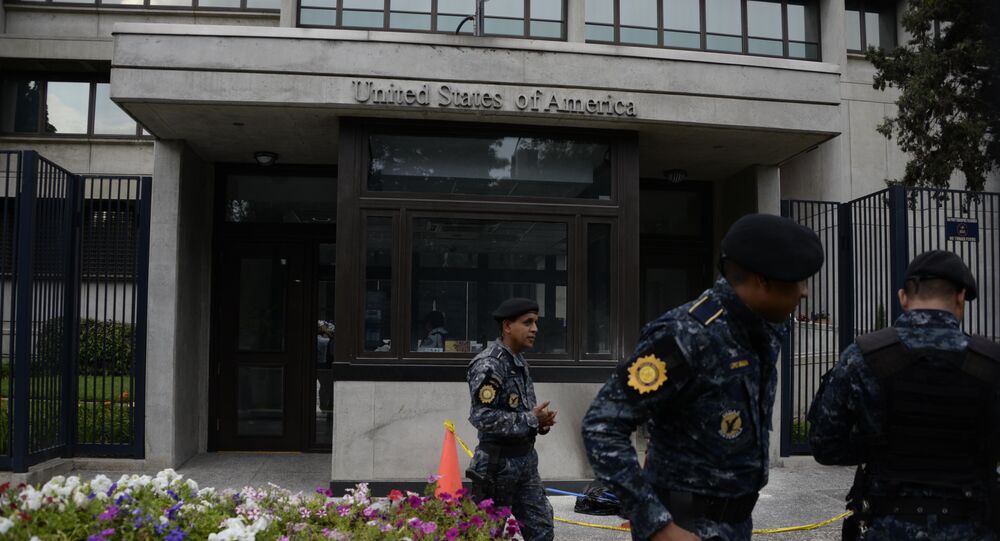 Car With US Embassy Worker Comes Under Fire in Guatemala, No Injuries - Reports

MOSCOW (Sputnik) – A car transporting a US embassy employee came under fire in southern Guatemala, but there one one received any injuries, the Periodico media outlet reported.

The incident took place on Sunday in the San Vicente Pacaya municipality, the Periodico stated.

Spokesman for the National Police Pablo Castillo said that a woman was killed in the municipality on Sunday, which resulted in a massive search operation. As part of the operation, police officers checked all the vehicles in the area. According to Castillo, when the vehicle with the US diplomat refused to stop, one of the officers opened fire at the car.

"The Embassy’s secretary was immediately evacuated and accompanied by police to his residence," the spokesman added.

The US embassy in Guatemala confirmed the incident took place, clarifying that it was not politically motivated. The diplomats are cooperating with the Guatemalan National Police on its investigation into the incident.