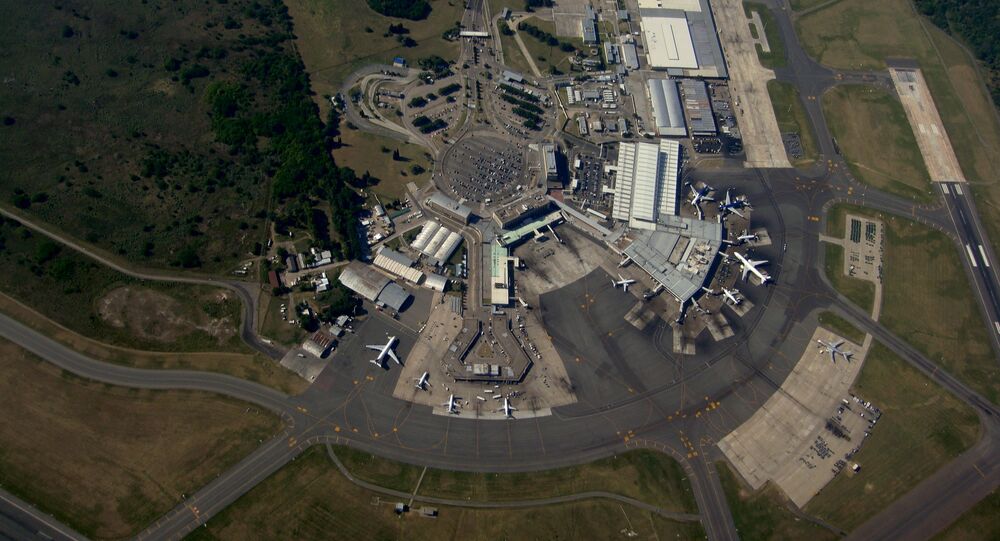 According to Reuters, the flight, which was destined for the United States, experienced a drop in cabin pressure about 200 km (124 miles) north of the Argentine capital and returned to Ezeiza airport to land.

Christine Lagarde had been in Argentina over the weekend for the G20 meeting of finance ministers.

© REUTERS / Kim Kyung-Hoon
IMF's Lagarde: Joint Eurozone Budget Should Be Conditional
Lagarde's arrival in the Argentine capital was reportedly greeted with a howl of protests against the IMF's presence in the country and a recently adopted IMF loan for Argentina worth $50 billion. The demonstrators argue that the loan will cause the country's authorities to proceed with the government's adjustment policies, a further reduction in public expenditures, thus triggering more dismissals in both the public and private sector.

However, Lagarde said that the country's targets for the annual inflation rate were achievable, while noting Argentina's progress in tax matters.