Brazilian plastic surgeon Denis Furtado, who called himself Dr. Bumbum on social media, has been on the run in the past four days following his botched buttock surgery, which killed a female bank employee.

Police have detained Brazilian plastic surgeon Denis Furtado, who is accused of the death of a female patient and who spent four days on the run before the arrest, according to the AFP news agency.

He is currently facing homicide and criminal association charges, police said, adding that the 45-year-old was nabbed at his own apartment in Rio, along with his mother, who is accused of being his accomplice.

READ MORE: Dr Bumbum on the Run in Brazil After Botched Buttock Surgery

He had been on the run since last Sunday when Lilian Calixto, the Brazilian mother of two, perished after undergoing butt enlargement surgery at Furtado's home. 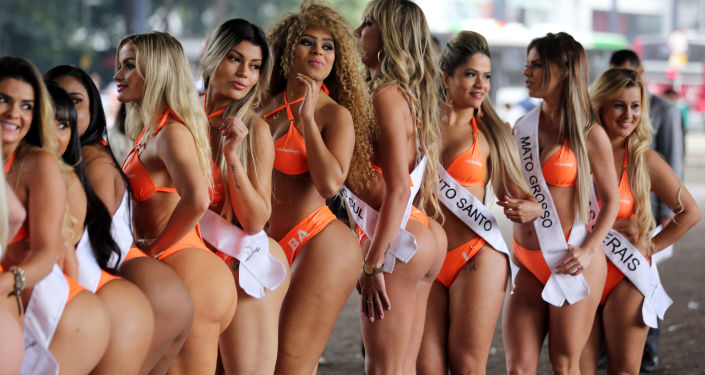 © REUTERS / Paulo Whitaker
Miss BumBum Head Slams Brazilian Women's Desire for Big Bottoms a la Kim Kardashian
Furtado, who has a whopping 663,000 followers in his Instagram account, preferred to tout himself as Dr. Bumbum and use a controversial technique in butt improvement surgery, injecting a substance called acrylic glass.

The Brazilian Plastic Surgery Society (SBPC) has, meanwhile, voiced grave concern over "the growing invasion of non-specialists in the specialty has provoked more and more fatalities like this one."

"You cannot perform plastic surgery inside an apartment. Many people are selling a dream, a fantasy to patients in an unethical way and people, weakened, are often attracted to low prices, without considering whether or not the conditions are adequate," SBPC president Niveo Steffen was quoted by the AFP.