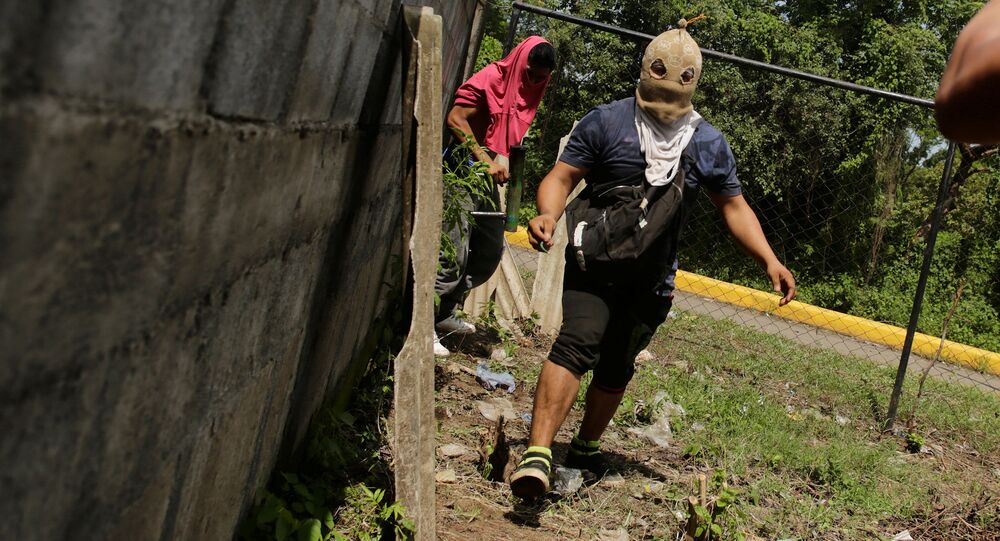 Watchdog: US Sanctions Would Boost Civic Insurrection in Nicaragua

"What we are living today is unparalleled in the history of our country," Sebastian said. "It is a civic insurrection… that unites the clear majority of Nicaraguans under the common goal of freeing ourselves from the dictatorship."

Additional US sanctions, Sebastian added, would be a great step in the right direction and would send a clear message to the regime that their corruption and human rights abuses will not be tolerated. Sebastian also said that he hopes the United States extends the sanctions to include Ortega himself and his family.

"There is no doubt that all acts of repression and violation of human rights are directly ordered by the presidential couple," he said.

In terms of other external support, Sebastian underscored that the insurrection rose spontaneously from civil society in response to the murders of university students.

"There was no foreign influence and there was never any need or space for it," the FUNIDES head said. "There is only one side that has weapons of war, a small minority of fanatical followers of Ortega, police and para-police forces, and gangs recruited by the government."

Sebastian also called on the UN to help ensure that the Nicaraguan government implements recommendations made by the Inter-American Commission on Human Rights (IACHR).

© REUTERS / Oswaldo Rivas
OAS Calls for Snap Elections in Protest-Hit Nicaragua
On Tuesday, the UN called for an end to the violence in Nicaragua that has left 280 dead since pension protests erupted in April. Local human rights groups, however, have put the figure at more than 350. Earlier in July, the US Treasury sanctioned three Nicaraguan officials in connection with the violence.

Sebastian, a member of the Civil Alliance for Justice and Democracy, is currently a private sector representative in the National Dialogue, a series of talks launched in May in a bid to resolve the issues behind the protests in Nicaragua. The talks are being mediated by the Catholic Church and IACHR representatives.