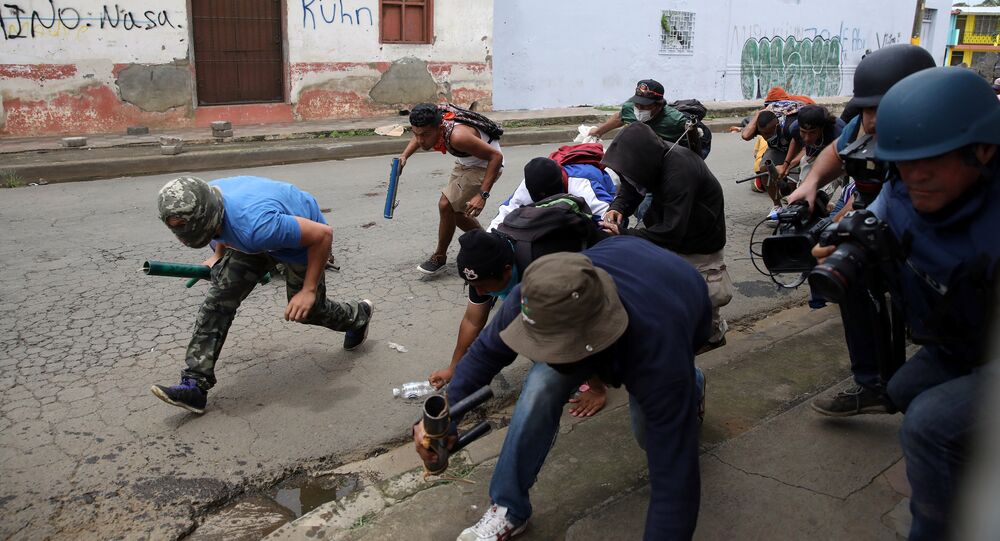 MEXICO CITY (Sputnik) - The Jornada news portal reported Saturday that five people, including a child, were killed when pro-government forces came to the territory near the National Autonomous University of Nicaragua in order to destroy the barricades constructed by the protesters.

According to the media outlet, 15 more people were injured.

Nicaragua has been rocked by protests since mid-April. The demonstrators have been rallying against the legislation that increases social security contributions on the part of employers and employees, and lowers overall benefits at the same time.

© REUTERS / Oswaldo Rivas
OAS Calls for Snap Elections in Protest-Hit Nicaragua
Despite the country's president repealing the social security reform subsequently, the unrest in the country have continued.

The Inter-American Commission on Human Rights has issued a report saying that at least 212 people have been killed in the protests (this figure does not include most recent victims). The Nicaraguan authorities have already classified the report as biased.

On Friday, US rating agency Fitch on Friday revised Nicaragua’s long-term foreign-currency issuer default rating to "B" from "B+" with a negative outlook, citing ongoing political instability.