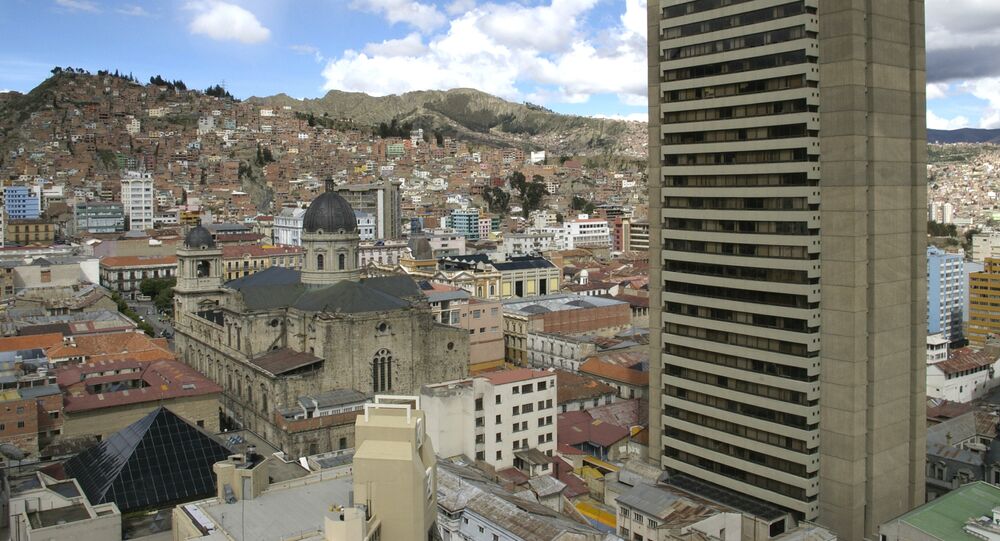 "The [construction] work is expected to get underway in El Alto at the end of July," Ambassador Vladimir Sprinchan was quoted as saying Friday by the local ABI news agency.

Bolivia signed a contract with an enterprise within Russia’s Rosatom nuclear agency last September to build a nuclear research and technology center in western Bolivian highlands.

© REUTERS / Mike Segar
Bolivia Rejects US Sanctions Against Russia - President Morales
The facility will operate a 200kW pressurized water reactor. The project is estimated at over $300 million and has a projected functional capacity of 50 years, after which the reactor can be modernized to extend its exploitation period.

Last week, Bolivian President Evo Morales has told Sputnik in an interview that he welcomed Russia's presence in Latin America.

© AP Photo / Wong Maye-E, File
Bolivia Leader Plans to Build 3 Nuclear Medicine Centers to Fight Cancer
The president of Bolivia also said that he had met with representatives of Russian companies. They were very interested in investing in lithium production, and agreed to meet with officials from relevant Bolivian ministries and departments to study the issue.

In addition, Morales said he had met with representatives of Russian Ministry of Natural Resources and Environment, which wanted to cooperate with Bolivia on the development of deposits.

Bolivia’s President Accuses US of Preparing His Assassination in 2008