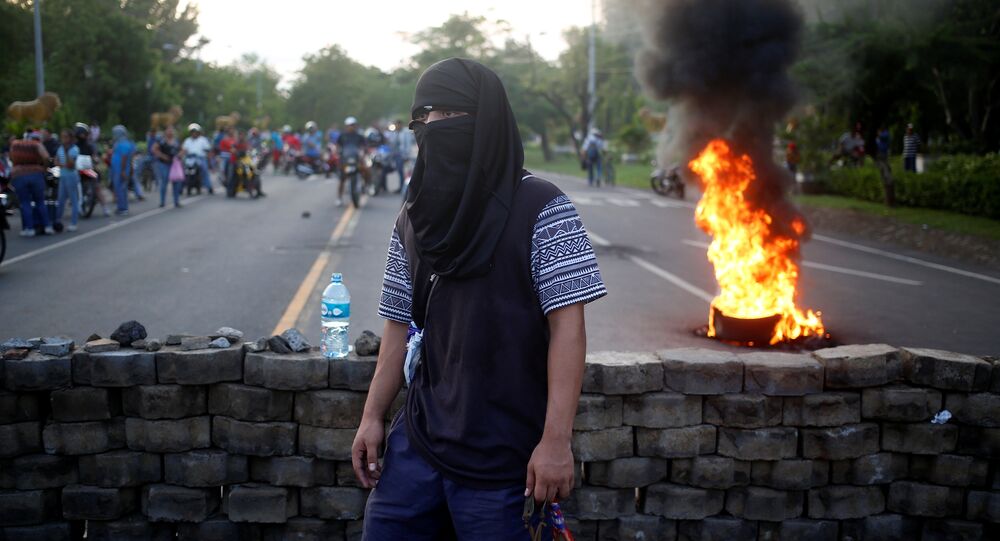 Parties in Nicaragua conflict have agreed during negotiations to call for cessation of hostilities from all sides, media reported citing the Catholic Church mediating the talks.

The Church mediator said that the Nicaragua conflict parties have agreed to cease hostilities and that the government of Nicaragua has agreed to international investigation into the protest killings, according to Reuters.

The mediators of the negotiations also called for Nicaragua's government to consider early general elections, while the country's president Ortega said in a letter to the mediators that the government was committed to democracy but did not address the call for elections, the outlet reported.

The negotiations are underway despite the absence of Central American nation’s President Daniel Ortega, whose controversial bid to reform social security backfired in mid-April, triggering unrest, according to the Prensa news website.

At Least 10 Reportedly Killed, 88 Injured in Protests in Nicaragua (VIDEO)