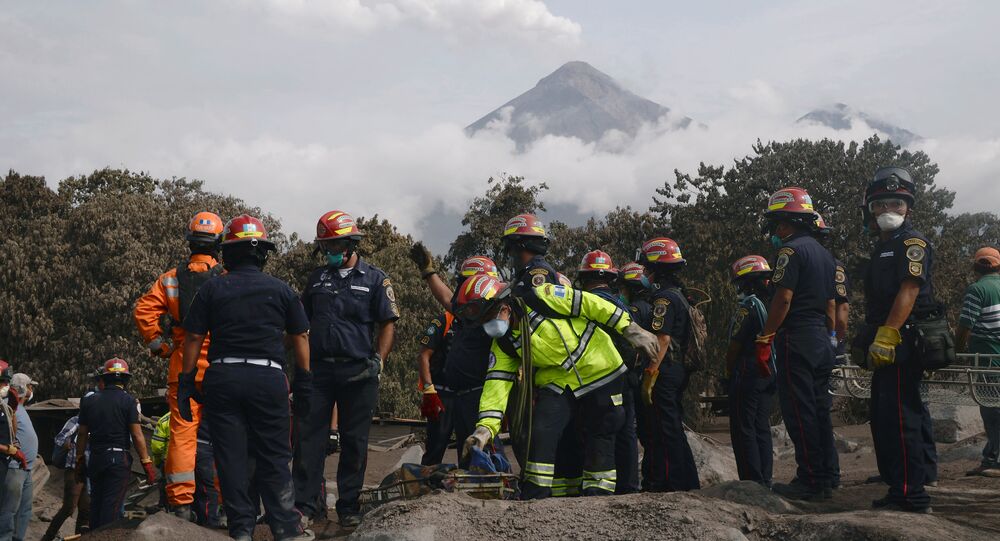 The death toll from last week’s explosive eruption of the Fuego volcano has risen to 99 after more bodies were found Wednesday, officials said.

Guatemala's National Forensic Sciences Institute (INACIF) said the number of known casualties was up by 24 from 75 as of late Tuesday.

The Fuego eruption, the nation’s most violent volcano eruption in over a century, took place on Sunday. Almost 200 were still unaccounted for on Tuesday.

© REUTERS / Luis Echeverria
About 200 Reported Missing Over Guatemala's Volcano Eruption - Authorities
In the early hours of Wednesday, Sergio Cabanas, the head of the National Coordination for Disaster Reduction of Guatemala, said that the number of people who were reported missing after the Fuego volcano eruption reached 192 people.

On Monday, Guatemalan President Jimmy Morales declared a three-day period of national mourning for the victims of the natural disaster.

​The natural disaster prompted evacuation of more than 3,000 people, while nearly 1.7 million people across the country were affected by the volcano.

WATCH Aftermath of Deadly Guatemala Volcano Eruption From Above