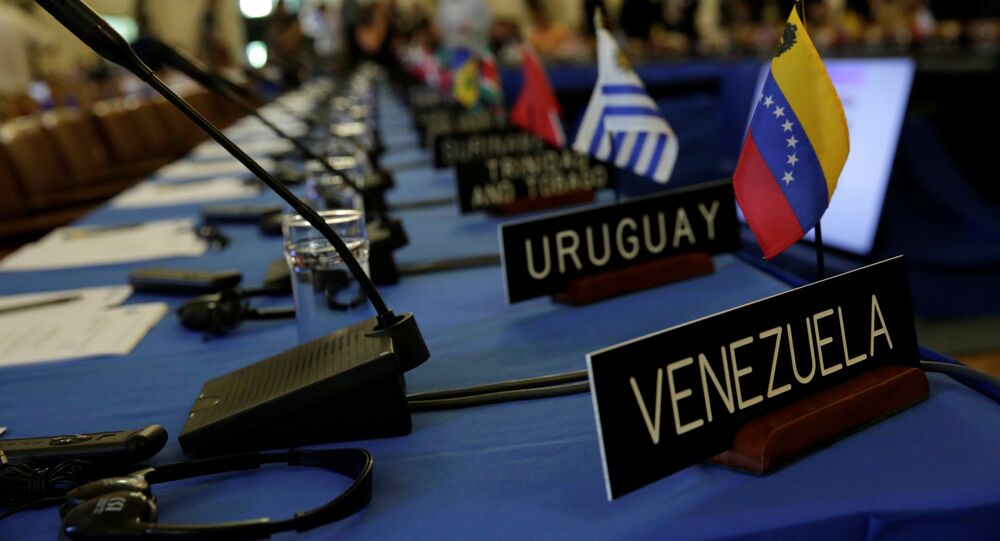 MEXICO CITY (Sputnik) - The Organization of American States (OAS) passed a resolution that can initiate the process of Venezuela's suspension from the organization, the OAS said in a statement.

"With 19 votes in favor, 4 against, and 11 abstentions, #OASassembly approves Resolution on the Situation in #Venezuela," the OAS wrote in its Twitter.

According to the Venezuelan news portal Panorama, the resolution stipulates rejection of the results of the recent Venezuelan presidential election, which ended in the reelection of President Nicolas Maduro.

© REUTERS / Carlos Jasso
Maduro Confirms Venezuela Exiting From OAS
On Monday, US Secretary of State Mike Pompeo urged the OAS members to increase pressure on the government of Venezuela and impose additional sanctions. He added that suspending Venezuela from the organization would send a powerful message to Venezuelan leader.

Maduro said on Monday that the ongoing OAS General Assembly would be the last one for his country. Caracas said it intended to withdraw from the OAS last April, but the withdrawal process takes two years.