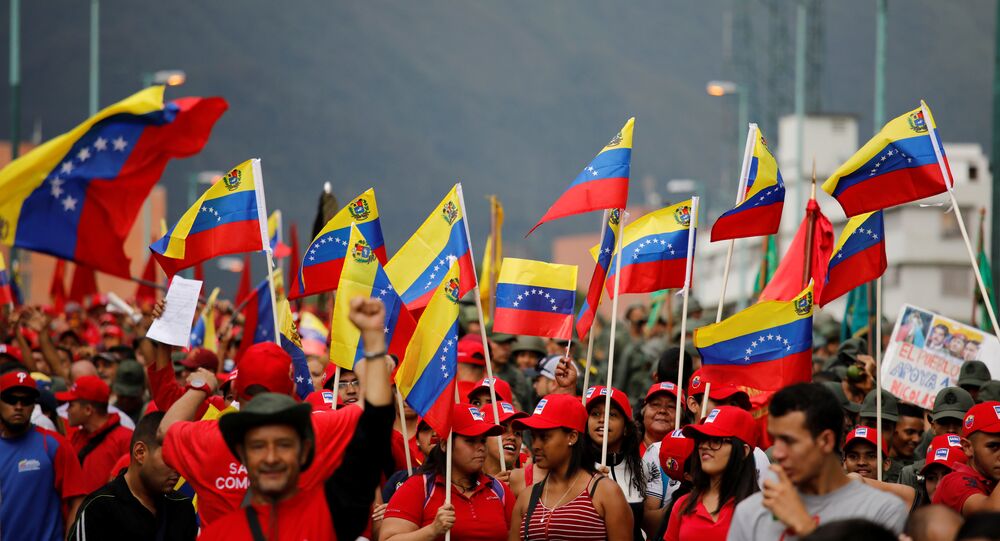 WASHINGTON (Sputnik) - Attempts by foreign states to interfere in the internal affairs of Venezuela have been destructive, Russian Ambassador to the US Anatoly Antonov said in a statement to the Organization of American States (OAS).

"Attempts to interfere in the domestic affairs of Venezuela and to provoke a new escalation of inter-Venezuelan conflict are destructive," Antonov said on Tuesday. "Restrictive measures, embargo and sanctions introduced against sovereign states while bypassing the UN Charter are illegal."

Antonov also said that calls for not recognizing Venezuela’s election results can destabilize the country and the region. The only solution to the crisis in Venezuela is through nation-wide dialogue and reconciliation, he added.

© REUTERS / Carlos Jasso
Maduro Confirms Venezuela Exiting From OAS
Earlier, Venezuelan President Nicolas Maduro said that the ongoing OAS session would be the last one for his country. Caracas said it intended to withdraw from the OAS last April, but the withdrawal process takes two years.

On Monday, US Secretary of State Mike Pompeo urged OAS members to increase pressure and impose additional sanctions on Venezuela’s government. He added that suspending Venezuela from the organization would send a powerful message to the country’s leadership.

In May, Washington tightened sanctions on Caracas, prompting Maduro to order the US charge d'affaires, Todd Robinson, and his deputy out of the country. In return, the United States expelled two Venezuelan diplomats.