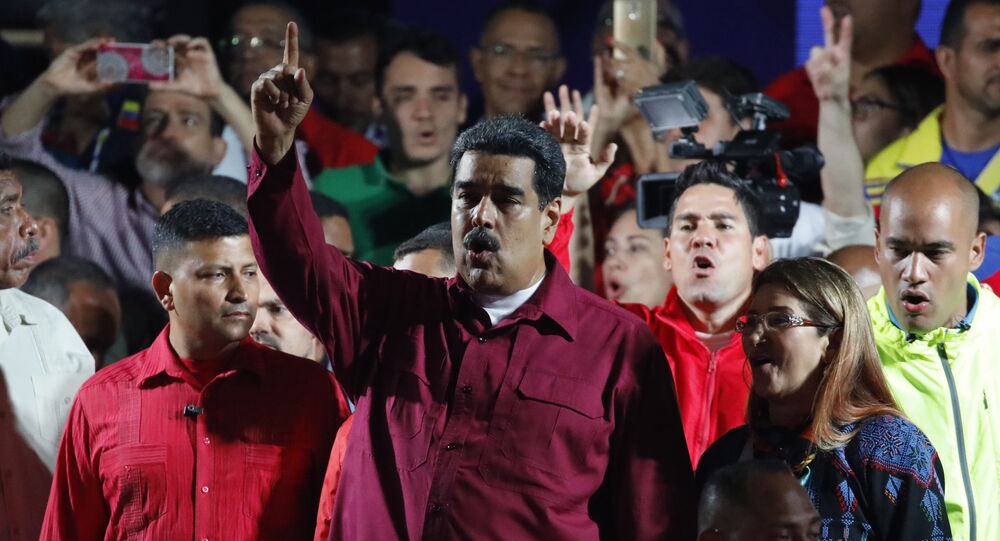 MEXICO CITY (Sputnik) - Venezuelan authorities see new sanctions placed on the Latin American nation by the United States after Sunday's presidential election as the "crime against humanity," the Venezuelan Foreign Ministry said in a statement Tuesday.

"These illegal and unilateral measures constitute a crime against humanity and undermine the right for development of Venezuela, impeding people's access to basic goods," the statement read.

Caracas condemned "a systematic aggression campaign" by the United States, which attempted "to punish the Venezuelan people for exercising their sacred and legitimate right to vote."

On Sunday, Venezuela held its presidential vote, with four candidates in the running. According to the National Electoral Council, Maduro was re-elected as Venezuelan president for second term, having secured 68 percent of votes, with slightly over 46-percent voter turnout.

A number of countries, including the United States and Canada, have refused to recognize Maduro's victory in the Sunday election.