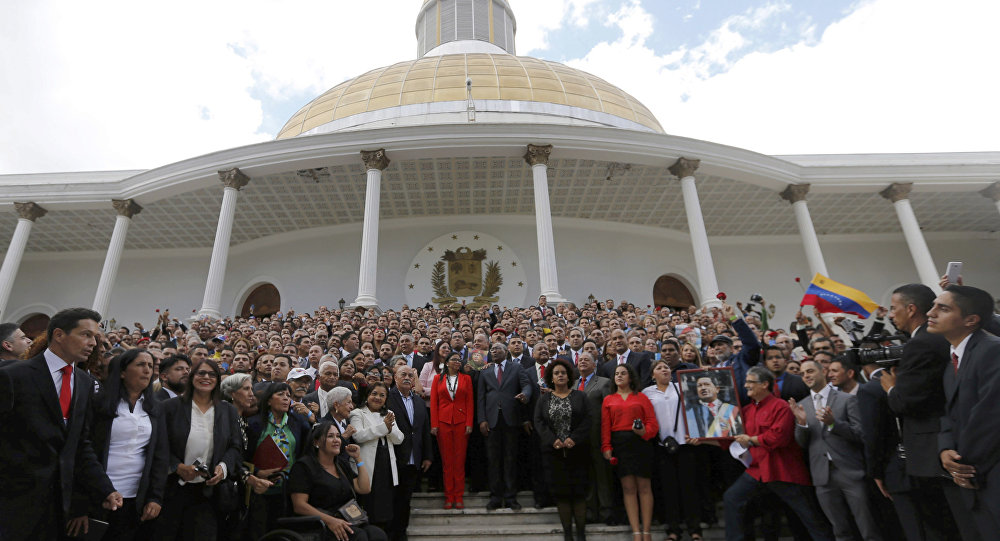 WASHINGTON (Sputnik) - The presidential election in Venezuela that concluded on Sunday was not free or fair, US Vice President Michael Pence said in a statement.

"Venezuela’s election was a sham, neither free nor fair. The illegitimate result of this fake process is a further blow to the proud democratic tradition of Venezuela. The United States will not sit idly by as Venezuela crumbles and the misery of their brave people continues…The Maduro regime must allow humanitarian aid into Venezuela and must allow its people to be heard," Pence said.

The US top official went on saying that the Maduro government must allow humanitarian aid into the country "and must allow its people to be heard."

Venezuelan officials have named socialist leader Nicolas Maduro the winner of the presidential election on May 20. Maduro's main rival has brought questions about the legitimacy of the vote and called for new balloting.

© REUTERS / Carlos Garcia Rawlins
Expert Explains If Opposition Could Pose Challenge to Maduro at Upcoming Election
Information Minister Jorge Rodriguez stated that Maduro's victory was of "epic proportions" and proclaimed it "the biggest victory" by a candidate in Venezuela's history.

About 6 million votes or 92.6% for Maduro is a bigger percentage win than any other candidate since Venezuela's 1958 election following the overthrow of dictator Marcos Perez Jimenez.

Expert Explains If Opposition Could Pose Challenge to Maduro at Election