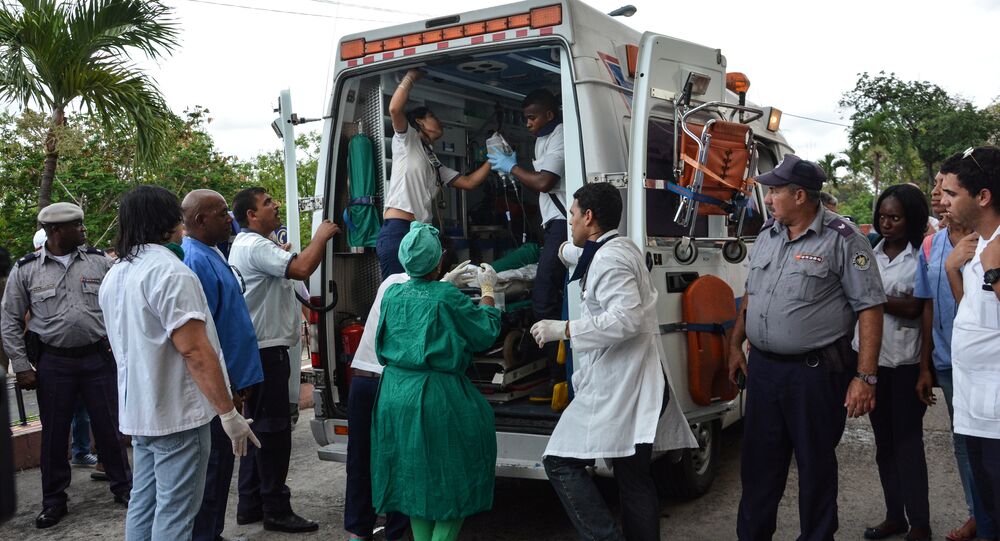 MOSCOW(Sputnik) - The three women who survived the Friday crash of Boeing 737, which took off from Havana, are stable, but their lives are still under threat, the head of the hospital on Cuba where they are being treated, Carlos Alberto Martinez, said on Saturday.

"In terms of hemodynamics, they are stable, but the threat to their life still exists because of the worsening of the serious injuries they sustained. They need significant medical treatment," Martinez said on the CubaTV broadcaster.

The head of the hospital explained that the blood flow control in all three survivors had improved after surgery, adding that the fourth victim brought to the hospital after the crash had since died.

© AP Photo / Andrea Rodriguez
More Than 100 Killed After Boeing 737 Crashes in Cuba, Survivors Reported (VIDEOS)
A Sputnik correspondent confirmed after visiting the hospital that the three women were in the intensive care unit of Calixto Garcia hospital.

A Boeing 737 passenger plane flying to Holguin from Havana crashed on Friday between José Marti International Airport and the town of Santiago de las Vegas with 110 people on board, striking a power line after turning back to the airport.