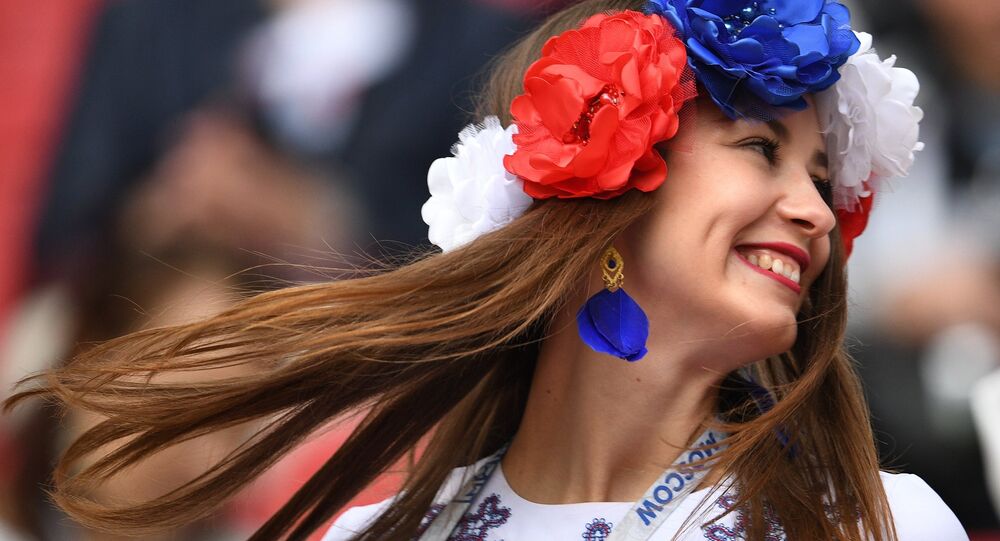 On the heels of news reports of allegedly sexist parts of Argentine Football Association's booklet on how to have a chance with Russian women and one official's subsequent apology, Sputnik has asked Alejandro Wall, Argentine journalist who saw the booklets being handed out, to share his take on this.

Wall, who attended the Russian Language and Culture event on May 15 reiterated to Sputnik Mundo that the Association had distributed specially compiled booklets that comprised the total of eight points of the pickup guide, with such edifying lines as "don’t look upon Russian women as an object."

On  May 16 the football league authority stated that "part of the presented material had been published by mistake and had never been planned to be included into the booklet" which, according to Wall, contradicts the truth. The AFA, having acknowledged the mistake, ripped out the pages, but Journalist Ignacio Catullo managed to snap a few pages and upload them on Twitter:

He went to say that the person, who included the excerpts in the booklet, namely the conference organizer Eduardo R. Pennisi, had done it willfully and "didn’t see anything sexist or obscene in it."

"He said he had found the guide on the Internet, and he thought it was…I don’t quite remember how he put it….cute, or nice, that he saw no obscene or sexist connotations in it and dropped it into the booklet," Wall remarked, adding that it goes against AFA’s statement.

"It essentially contradicts what the AFA says. The information was included willfully. The Association’s explanation is very poor, even cowardly. It would be better if they admitted their fault and formally apologized to the audience that included at least two women," he said.

The attendees, having learned that the news set social networks abuzz, chose to verify once again if there was anybody apart from Pennisi, who had proof of reading the booklet. It turned out one teacher of Russian also checked the guide, Wall added. He said that the mishap was due to lack of knowledge and "AFA's wrong management." "Buenos Aires boasts an array of institutions connected with Russia, which would have instructed footballers in a more profound way," he stated.

AFA’s course, which was meant for instructing Argentine footballers ahead of the World Cup, is badly-tailored and poor in terms of historic and cultural information. Wall recollected how Pennisi had described the Russian nation and its not so distant past.

"Pennisi delivered some general ideas, that for instance Russia had transformed from an empire into the totalitarian Soviet Union, and told us about communism giving birth to the simultaneously authoritarian and big-hearted Russian person," Wall rounded off.

The journalist doesn’t think the incident will have serious repercussions, but will more likely remain in the domain of a social debate.

Along with Argentina, the only other South American countries that qualified for the FIFA 2018 are Brazil, Colombia, Peru and Uruguay. The tournament will be hosted by Russia for the first time from June 14 to July 15.