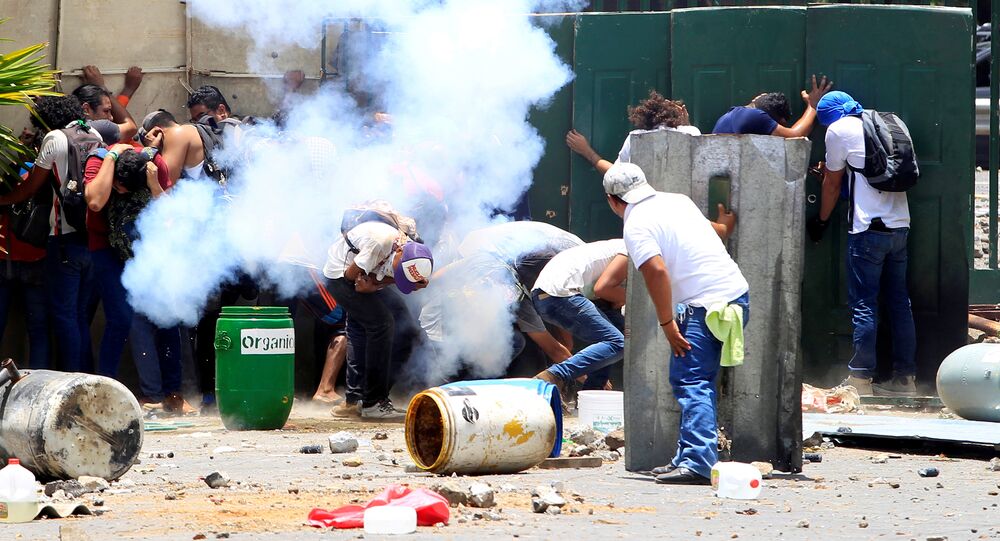 MEXICO CITY (Sputnik) - Over 30 people have been killed in violent protests against the government of President Daniel Ortega and its reform of the social security system in Nicaragua, the Prensa news portal reported on Sunday.

According to the media, Angel Gaona, the director of the Meridiano news show, was among those killed. He provided life coverage of the protests via social networks.

Protesters died in clashes with police in cities across the country, the news outlet added. On Sunday, amid the ongoing protests and clashes people started to rob stores in the country's capital of Managua.

As the protests were becoming more and more violent, Pope Francis expressed earlier in the day his concern over the developments in Nicaragua, adding that he hoped for the peaceful settlement of the situation.

"The Pope said he was close to the people of Nicaragua in prayer, and united his voice to that of the Nicaraguan Bishops, who have called for an end to the violence… Pope Francis is appealing for an end to the violence and for the situation to be resolved peacefully with a sense of responsibility," the news service of the Holy See's Secretariat for Communications said in a press release.

© Sputnik / Yuri Nikolaev
Dozens Reported Dead in Nicaragua Over Holy Week
President Ortega, in his turn, assigned responsibility for the ongoing turmoil to "small opposition groups." Meanwhile, the current crisis is perceived by many as the biggest challenge that Ortega has faced throughout his presidency.

Earlier in the day, human rights groups reported about a total of 24 deaths in mass rallies that started on Wednesday, April 18, when the reform which increases the social security contributions of employers and employees came into force.

At Least 10 Reportedly Killed, 88 Injured in Protests in Nicaragua (VIDEO)