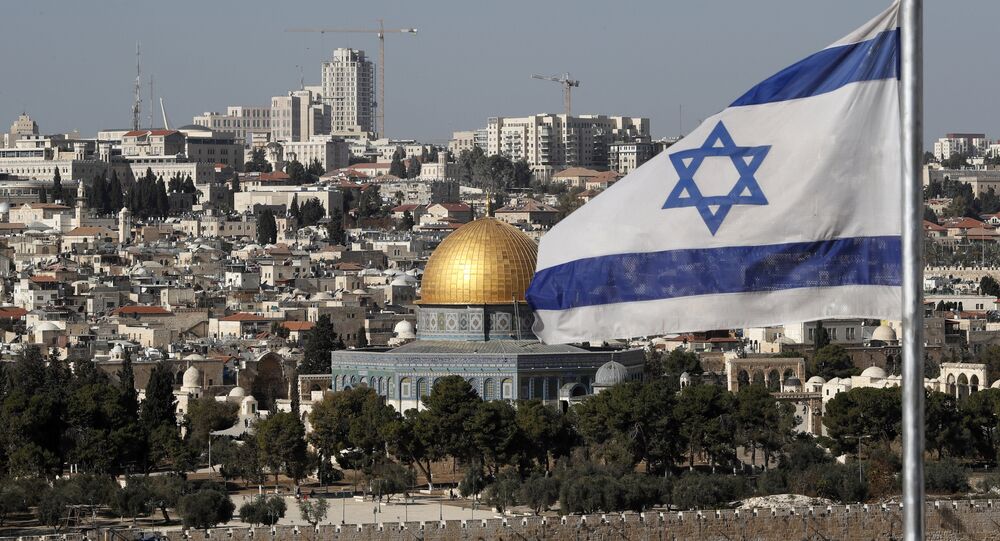 MOSCOW (Sputnik) - The National Congress of Honduras approved a draft bill on the relocation of the country's embassy in Israel from Tel Aviv to Jerusalem and submitted a proposal on the matter to the executive branch, according to the congressional statement.

"The only branch of power responsible for international relations is the executive branch, that is why the Ministry of Foreign Affairs should consider the relocation of the Honduran Embassy to Jerusalem," Deputy of National Congress Antonio Rivera was quoted as saying in the statement.

According to the Prensa newspaper, the draft bill was approved in a 59-33 vote. Now the bill is to be reviewed by representatives of the executive branch.

READ MORE: Guatemalan Embassy to Be Transferred to Jerusalem in May

© AP Photo / Dusan Vranic
Holy Fire Descends on Jerusalem's Church of the Holy Sepulchre Ahead of Orthodox Easter (VIDEO)
In December, US president Donald Trump recognized Jerusalem as the capital of Israel and announced his decision to move the US embassy in Israel from Tel Aviv to the holy city. On Wednesday, Israeli Prime Minister Benjamin Netanyahu said that Guatemala would transfer its embassy to Jerusalem on May 16, two days after the United States, and predicted that other countries would follow suit.

Most other countries continue to regard the status of Jerusalem as one of the cornerstones of the Middle East conflict. According to these states, the decades-long issue must be resolved in agreement with the Palestinians, who seek diplomatic recognition for their independent state on the territories of the West Bank, including East Jerusalem, which is partially occupied by Israel, and the Gaza Strip.

'JOH Out': Thousands of Protesters Demand Resignation of Honduras President