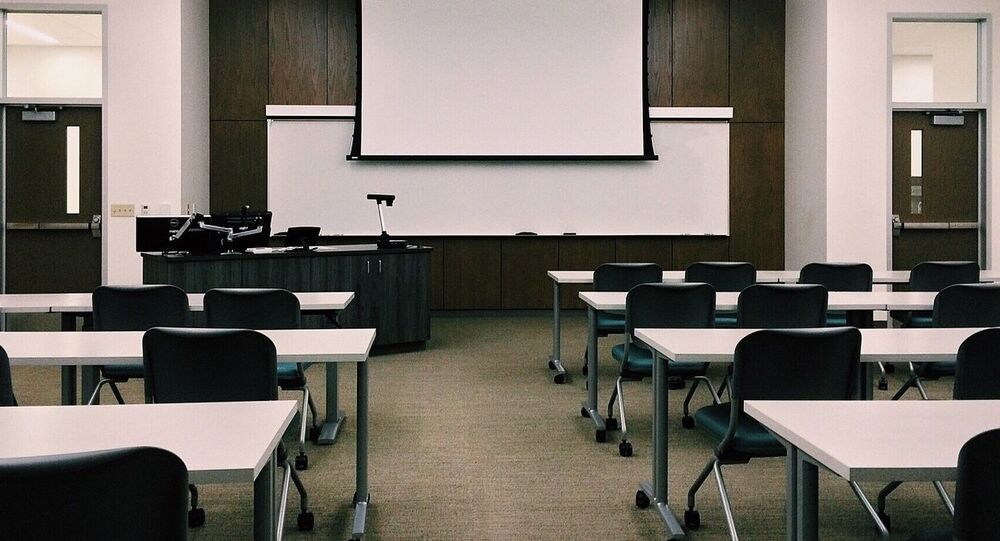 Officials in Puerto Rico recently announced that they are planning to close 283 schools this summer due to a significant drop in enrollment in the last year. Schools have lost 38,762 students since May as the country tries to rebuild itself after Hurricane Maria devastated the US territory in September.

Camilo Punsoda, spokesperson for Juventud Trabajadora, the youth wing of the Working People's Party of Puerto Rico, told Radio Sputnik's Loud & Clear that the shutting down of almost a third of the public schools on the island is an effort to privatize public education.

​"Proposals for privatizing public education in Puerto Rico have been going on for a while. And now, with Hurricanes Irma and Maria, the government found the perfect excuse to go ahead and do that through their charter school program," Punsoda told hosts John Kiriakou and Brian Becker.

"Also, the Puerto Rico governing board of public education submitted a fiscal plan for this year increasing the cost of a college credit from $57 to $142, which makes it more expensive than the cost of a credit in private universities. It's all part of a plan to privatize public services in Puerto Rico, because the government thinks that's the solution."

The decision to leave just 828 schools open for 319,000 students on the island is part of a recent education bill written by the island's governor, Ricardo Rossello Nevares. The bill states its plan to establish a charter school pilot program in 10 percent of public schools and provide private school vouchers to 3 percent of students in the 2019-2020 school year.

The announcement was made on Thursday by Puerto Rico's Education Department.

The Puerto Rico Teachers Association (Asociación de Maestros de Puerto Rico), the largest teachers' union in the US territory, was quick to criticize the bill on Thursday following its announcement.

"The harm that the education secretary is causing children and their parents is immeasurable," said the union's president, Aida Diaz.

"We are on the side of all the school communities and together we'll go to battle to avoid these discriminatory and unjust school closures," she added, Telesur reported.

"We know it's a difficult and painful process," Puerto Rico Education Secretary Julia Keleher, who supports the charter school system, said last week, Common Dreams reported. "Our children deserve the best education that we are capable of giving them, taking into account Puerto Rico's fiscal reality."

However, in response to Keleher's words, Diaz said last week, "No one in their right mind acts the way she's acting."

"This unjustified school closure responds to her exclusive work forwarding an agenda in favor of private companies that she will enrich by turning over our children's public education funds to them," Diaz noted.

© AP Photo / Carlos Giusti
The Forgotten: Half of Puerto Rico Without Power 100 Days After Hurricane Maria

On Tuesday, the Puerto Rico Teachers Association filed a lawsuit against Rossello's bill, claiming that the use of public funds or property for private schools is unconstitutional.

In January, Rosselló also announced his plans to sell the assets of the island's power system, Electric Power Authority (PREPA), to the private sector.

The island's existing power system is about 28 years older than the average US system, according to Rossello. When hurricanes Maria and Irma unleashed their wrath on Puerto Rico, the majority of the island was left without power for months.

"From where we sit, the government created the crisis with austerity politics," Fredyson Martinez, vice president of UTIER, the union representing PREPA line workers, told The Intercept for a January article. "When Maria hit, it essentially exposed the weaknesses of a utility [network] that had suffered from years of neglect. It was only later that I started to see that they [Rosselló's government and the US] have been working to spread the idea that privatization is the only option to solve Puerto Rico's problems. This isn't a casual thing. It has been prepared and thought out… They took advantage of the crisis."