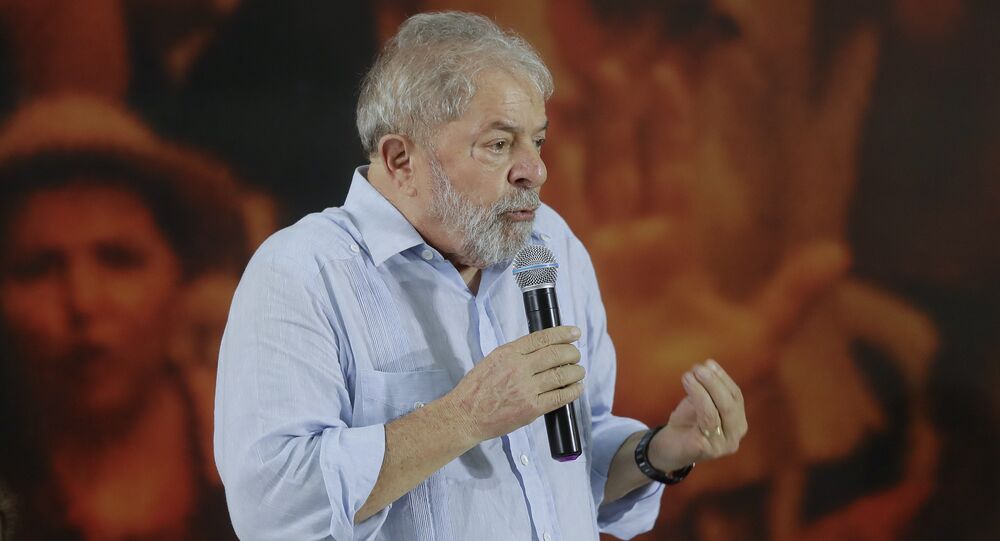 The 72-year-old politician refused to turn himself in to the police before the deadline expired earlier on Friday. He said he would stay put at a metalworkers’ union building, surrounded by thousands of his supporters.

The Brazilian federal police said security conditions did not allow for a safe arrest under a warrant issued Thursday by a federal judge, according to O Globo. The talks on Lula starting to serve his 12-year prison sentence will continue on Saturday.

Earlier, Luiz Inacio Lula da Silva’s defense team filed a motion to Brazil’s Supreme Court on Friday in a last-ditch attempt to delay his jail sentence, according to local media.

The Brazilian top court this week voted six to five to reject Lula’s earlier motion to stay out of prison while he appeals a bribery conviction.

The federal judge gave Lula until 5 p.m. Friday to turn himself in to the police. The deadline came and went, but the embattled former president said he would await his arrest at a union house, according to his lawyer Jose Roberto Batochio.