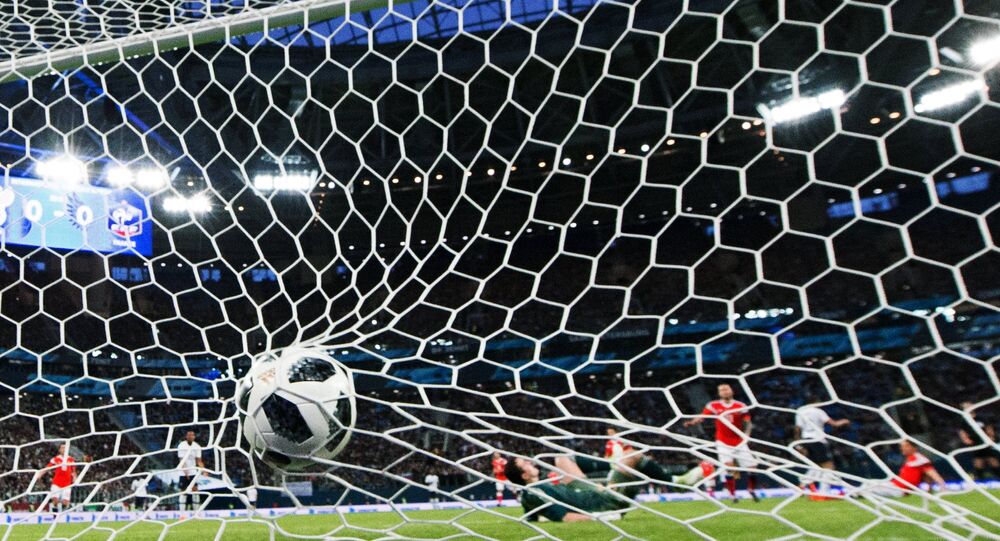 A scandal is unfolding in Argentina over reports of systematic child sex abuse in the country’s major sports clubs, including the leading Independiente football club.

The scandal came to light at the end of March when a 17-year-old Independiente player told the team's physiologist that he and some of his teammates had been sexually abused and involved in a prostitution ring organized by a club member.

© CC0
Football Blues: Argentine Ex-Footballer's Band to Play Gigs in Russia During 2018 World Cup
On Monday, a doctor and a psychologist who worked from 2004 to 2011 at another big Argentine football club, River Plate, informed the Argentine authorities that young footballers and volleyball players at the club had been victims of sexual abuse while living in special accommodations provided by the sports clubs for students who live and train at sports bases.

A search of River Plate headquarters immediately followed at the request of the Argentine Association for Victims of Rape (AVIVI).

Having analyzed more than 70 witness testimonies, the court suspects that the prostitution ring in the Independiente case also operated in Timperley sports club.

"There are people who experienced this in the past and now they are playing in the major league or even somewhere abroad," Carrozza said.

© Sputnik / Evgeny Biyatov
Links to Child Sex Abuse & Chats About Money Laundering Found on Blockchain
"The focus is currently on Independiente, but I am confident that the problem is much broader, it is beyond just one club and beyond football in general. A gang that operated in a similar way in San Lorenzo club has just recently been exposed. It is a mistake to think that it is all about Independiente. Unfortunately, this is what Argentine football is like," he added.

Another sports journalist, Roberto Parrottino, told Sputnik Mundo that the drama around Independiente has raised a question that had long been in the air, but that no one had the courage to voice.

"What we should remember is that this is a first such large-scale scandal in football, but in reality the problem has always been there, as harsh as it may sound," the journalist said, adding that in only the first six months of 2017 the number of complaints related to child abuse in Buenos Aires increased by 40 percent.

Many Argentinian stars, including Jorge Luis Burruchaga, famous for scoring the winning goal in the final of the 1986 FIFA World Cup, and Sergio Leonel Agüero del Castillo, who plays as a striker for Premier League club Manchester City, began their careers at Independiente.