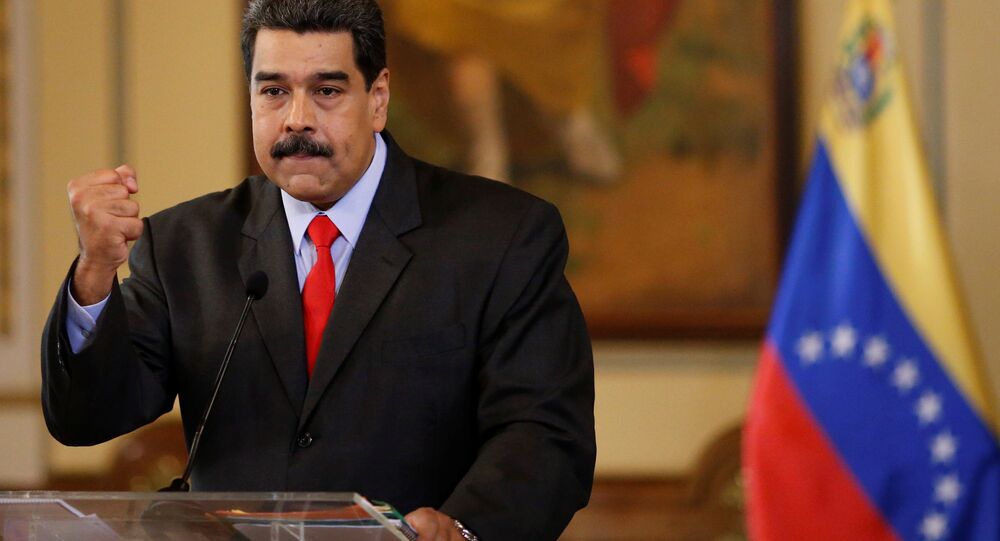 "The government of the United States for a number of years has followed its classic pattern of forced regime change towards the Bolivarian Republic of Venezuela and conducts a so-called hybrid aggression, using both soft power and hard power with the support of the European Union and a group of countries," he stated.

The minister explained this US policy as an attempt to oust the Venezuelan president.

"The real [US] aim is to overthrow President Nicolas Maduro, using a far-fetched pretext of a humanitarian crisis, which is not present in our country," he stressed.

US-Venezuelan relations have been tense for decades with Caracas regularly blaming Washington for interfering in its internal affairs and exerting economic and political pressure on Venezuela.

Venezuela currently has one of the worst economic crises in the country's history, which started in 2012 with changes on the global oil market. More than 95 percent of its export revenues come from oil and its derivatives.

In 2015, with the oil price falling to $50 per barrel, Venezuela's economy was knocked out, leaving the population with shortages of food and medicine.

In March, Colombian President Juan Manuel Santos announced the resumption of previously frozen talks with the National Liberation Army (ELN), which has been fighting the authorities since 1964.

"We will continue doing everything we can [to help Colombia]," the defense minister said.

The minister added that Venezuela would support all initiatives aimed at resolving the conflict in Colombia.

The ELN began negotiating peace conditions with the authorities in February 2017, but the talks were suspended in January this year. Santos has refused to continue talks unless the ELN ceases carrying out violent attacks, following bomb attacks on several police stations.

In 2016, the government of Santos hammered out a peace deal with another armed group, the Revolutionary Armed Forces of Colombia (FARC), which transformed into a political party the following year called the Common Alternative Revolutionary Force, hoping to participate in the 2018 parliamentary and presidential elections.