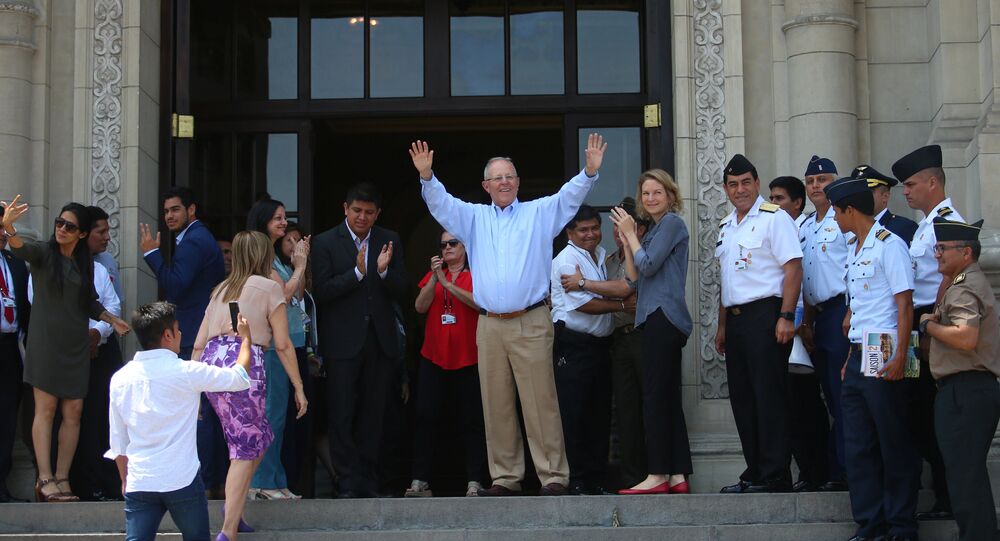 Peru's congress has voted to accept the resignation of President Pedro Pablo Kuczynski.

Martin Vizcarra is sworn in as Peruvian president after predecessor ousted over corruption charges. Martin Vizcarra, a 55-year-old engineer and technocrat who also was Peru's ambassador to Canada, took the oath of office shortly after 1 p.m. and was presented with the presidential sash by congressional president Luis Galarreta.

105 lawmakers voted for the president's resignation, while 11 voted against and 4 abstained.

Earlier, the Peruvian Congress, which has accepted Kuczynski's resignation, stated that it would debate the matter. Peruvian Vice President Martin Vizcarra will likely be sworn in as president, according to reports.

The president announced his resignation on Twitter and thanked his people for "the love he has received."

Kuczynski, 79, has decided to resign in light of the heated scandal involving the alleged bribery of lawmakers.

The People's Power opposition party earlier alleged that attempts to bribe lawmakers had been made to prevent the impeachment of Kuchinski during the March 22 vote in the Congress.