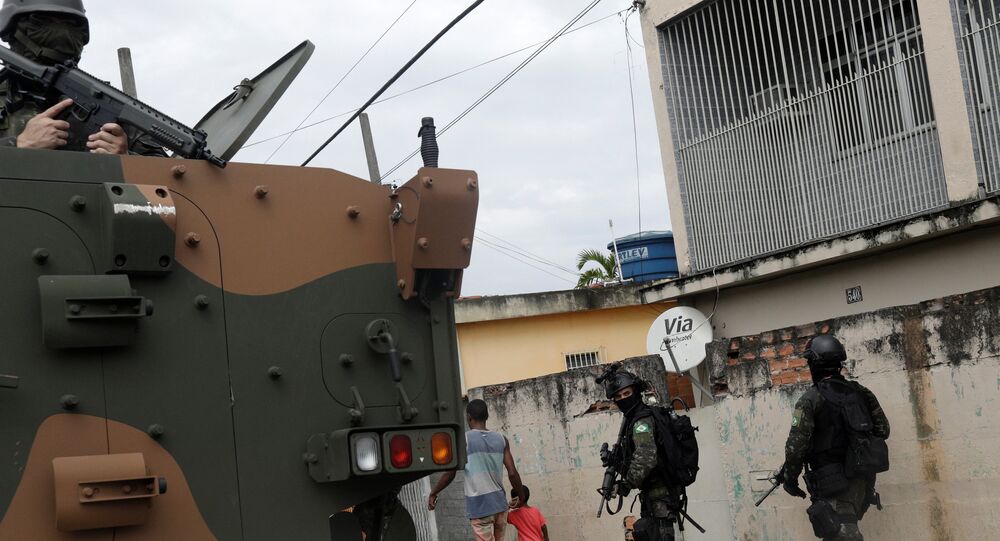 A hotel chain in Rio de Janeiro supports a military operation in the city in order to ensure safety for tourists. A local hotelier hopes that Easter will go on smoother than the Carnival did and that the murder rate won’t rise. Sputnik Brazil carried out an interview with the head of the local hotel business association (ABIH), Alfredo Lopes.

According to the head of the Rio de Janeiro hotel business association (ABIH) Alfredo Lopes, despite the military having been invited to ensure the security of the travelers in the city, their headquarters hasn't presented any plans on how they are going to achieve their goals.

"Military intervention and how it will develop — these things must be explained. It seems though, nothing of that sort has happened. All we heard were vague things," he said.

Lopes is an advocate of restrictive actions — he wants to limit access to the beaches located in the Southern Zone, the top tier part of Rio, where most hotels and the best beaches are located. His proposal was heavily criticized by public figures as restricting people's freedom of movement, especially the black portion of the population.

"What we have here in the Southern Zone are mostly cell phones and wallet thefts. But what really impacts our segment [hotel business] — are crimes on red and yellow subway lines that lead to the airports," Lopes said.

President of Brazil Michel Temer signed a directive in February that paves the way for federal involvement in local matters in order to ensure public security in Rio de Janeiro through December 31, 2018. The General Walter Souza Braga Netto, who is in charge of the operation, organized a press conference on February 27, but hasn't released any details on how he's going to fight organized crime.