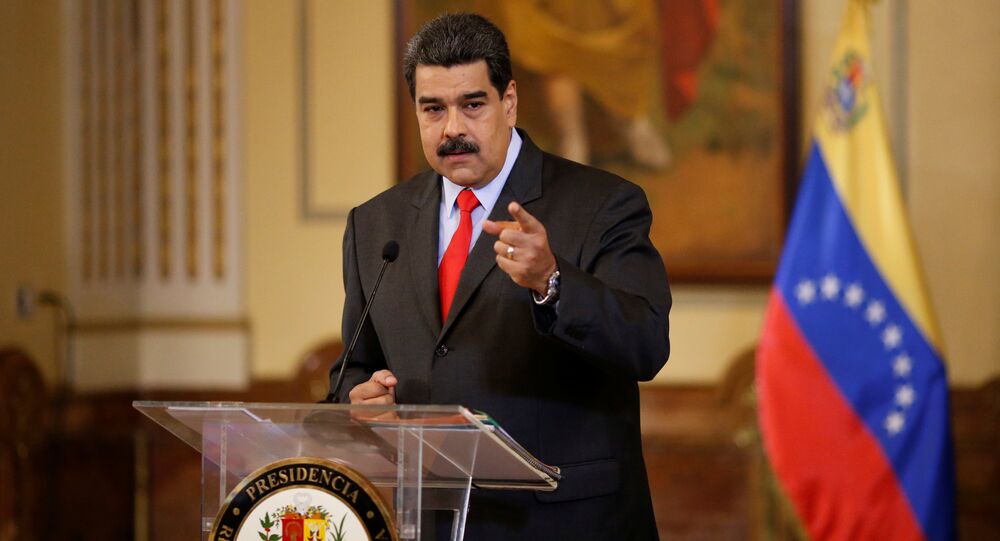 Maduro to Officially Register as Candidate for April's Election on Tuesday

“We invite our people to accompany us on Tuesday, February 27. We will go along with our President Maduro to the CNE for his registration. Caracas will burst its banks from love, passion for our homeland, promises, solidarity, independence, democracy and the support of President Maduro,” Vivas said on Saturday, as aired by the VTV broadcaster.

Maduro was nominated by the ruling party for reelection in early February. Venezuelans will go to the polls on April 22, but the opposition coalition refused to take part in the election.

© REUTERS / Marco Bello
Venezuela's 'Mega Elections': What Are the Scenarios?
After election dates discussion during the talks hosted by the Dominican Republic with opposition, the Venezuelan government unilaterally signed an agreement. After agreeing on all the points the opposition changed its stance because of "interference of other side," according to Venezuela's Communications and Information Minister Jorge Rodriguez.

Earlier in the day, US State Department Spokesperson Heather Nauert urged the Venezuelan government to refrain from any changes to the timeframe of the country’s elections and calls for holding the vote in compliance with the constitution and in cooperation with the opposition-controlled National Assembly

Recently, a diplomatic course familiar with the issue told Sputnik that the mid-spring presidential voting be postponed until May to prepare for legislative elections.

Venezuela Constituent Assembly May Become a 'Superpower' After Election