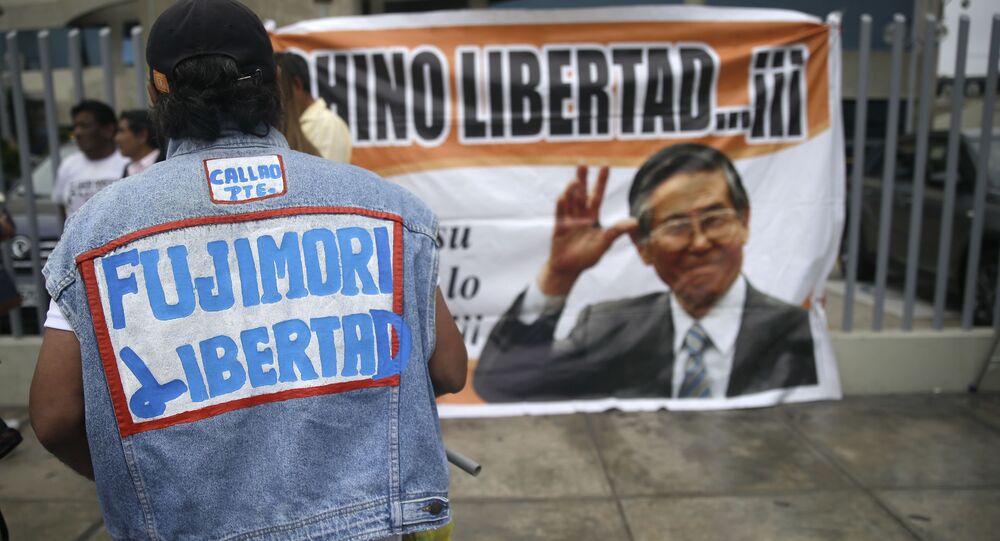 MEXICO CITY (Sputnik) - A court in Peru ruled that a presidential pardon on humanitarian grounds for former leader Alberto Fujimori could not apply in the case of the 1992 massacre in the town of Pativilca that claimed lives of six people.

Accused of corruption and human rights abuse, Fujimori was pardoned on humanitarian grounds after completing 10 years of his jail term by incumbent Peruvian President Pedro Pablo Kuczynski in December over his advanced and incurable illness. Fujimori’s pardon resulted in mass protests across the country, as well as the resignation of several Peruvian senior officials.

The pardon of Fujimoriwas seen as a payback by critic, after Fujimori’s son was among lawmakers who abstained from a vote to remove the incumbent  president from office for allegedly receiving illegal payments.

© AP Photo / Martin Mejia
‘Very Dangerous’: Peru’s President Pardons Former Dictator Fujimori After 10 Years In Prison
"Court B of the National Criminal Chamber ruled that the right to mitigate the punishment on humanitarian grounds for ex-President Alberto Fujimori does not apply in the case of [the killings in the town of] Pativilca, therefore he will not be excluded from trial in this case," the statement, published on Monday, read.

Fujimori, who suffers from cancer, served as the president of Peru from July 1990 to November 2000. Defeating the militant Shining Path group has been one of the achievements of his presidency. Fujimori’s administration was, however, marred by embezzlement of public funds, bribing businessmen and journalists, and such human rights violations as extrajudicial killings of the insurgents and forced sterilization of indigenous peoples.