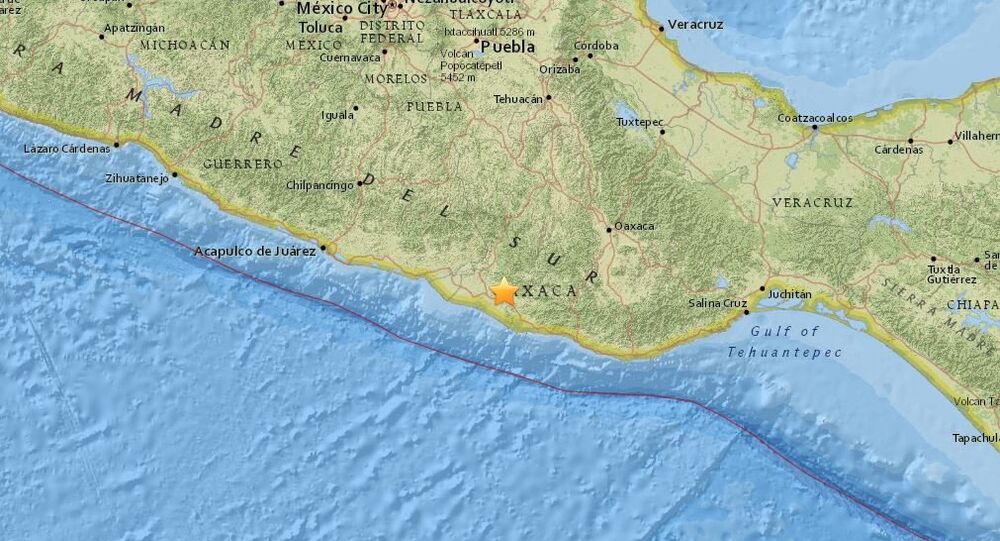 A powerful earthquake shook the capital of Mexico Friday evening, leading to the activation of seismic alarms in the country.

Buildings shook during the long tremblor, according to social media users.

The quake, preliminarily estimated as magnitude 7.2, ​has reportedly shaken several states in the country, including Puebla, Oaxaca and Guerrero. A wave of earthquakes in September led to heavy destruction in central Mexico.

The epicenter appears to be in Oaxaca, Mexico, though tremors were felt hundreds of miles away in Mexico City and as far south as Gautemala. Buildings in Oaxaca were damaged but no fatalities have been reported, according to the Mexican government.

The quake's​​ registered depth of 26.7 miles (43 km) is considered shallow and thus more likely to cause damage than a deeper earthquake.

​Reporters on the ground have said the quake has subsided and people are returning to normal operations. According to the US National Tsunami Warning Center, the seismic shake is not expected to cause a tsunami.