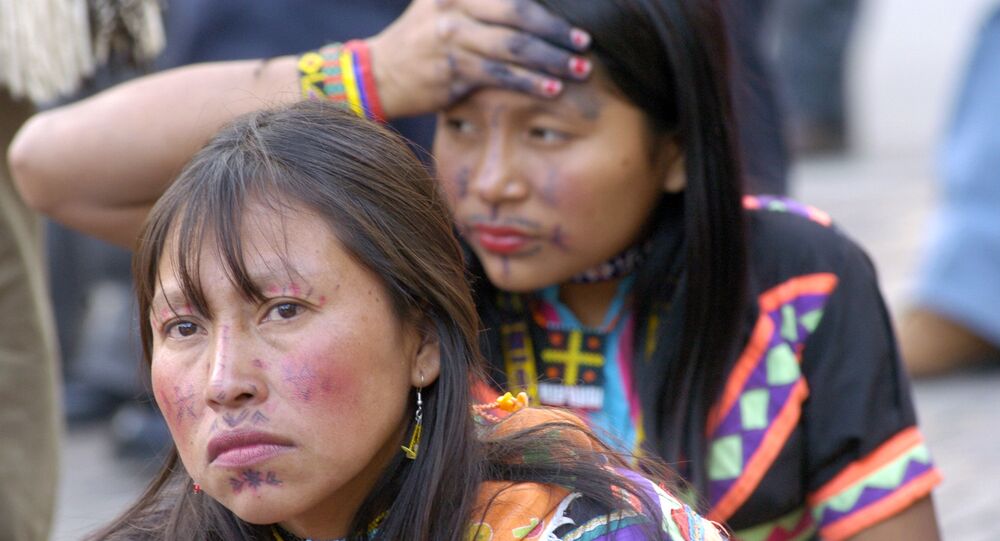 In the year 2018, female mutilation remains a pressing issue for the Emberá people, a small ethnic group in Colombia. The Emberá adopted the procedure from African communities brought as slaves to the continent; the practice was further taken on by Catholic nuns.

The United Nations recognizes all procedures involving the partial or total removal of the external female genitalia for non-medical reasons as a violation of human rights of women and girls, and since 2012 the UN General Assembly has been calling for a resolution to eliminate the painful practice.

Dayana Domicó, an Emberá woman, Youth Coordinator at National Indigenous Organization of Colombia (NIOC), explained to Sputnik Mundo that female genital mutilation (FGM) is not part of her community’s culture, but the practice is preserved because “clerics, Catholics and evangelists insist on it, imposing an alien way of thinking.”

Colombia is one of 17 countries (African states), where FGM is practiced in order to deprive women of sexual pleasure out of cultural, religious or any other non-medical reasons. The UN Population Fund has set a goal of eradicating the practice by 2030.

Female genital mutilation is a human rights violation. We must #endFGM now for a better future for young girls https://t.co/QNBMKHZ8Wm pic.twitter.com/gXcd8YCPxw

The NIOC, for its part, has been trying to raise awareness among elderly women and midwives in Colombia’s ethnic communities so that they stop crippling women. The violent practice came to light in 2007 when local mass media published news about an Emberá Chamí, an under-aged girl who died of clitoris removal.

“And that is when research on the Emberá traditions started, with many elderly people explaining that female mutilation never was a conventional practice for the community, neither in its culture, nor in the views of indigenous people,” said Domicó.

Nevertheless, the community justifies the procedure as an “indispensable tool” to “ensure women’s purity, loyalty and submission.”

There are 32 prefectures in Colombia, and only three of them, Valle del Cauca, Risaralda and Chocó, practice FGM despite NIOC’s efforts. The organization has been attempting to eradicate the practice by developing projects that emphasize women’s roles and seek to raise awareness of the importance of physical and social immunity.

Nearly 300,000 Emberá live in Colombia; the fact that they were constantly being displaced has led to violent attitude towards women throughout history, with many suffering from physical and sexual assaults. Domicó has also stressed that the practice of FGM has even reached a big city such as Bogota.

The International Day of Zero Tolerance to Female Genital Mutilation takes place on February 6 as part of the United Nations’ efforts to eradicate FGM and raise people’s awareness.