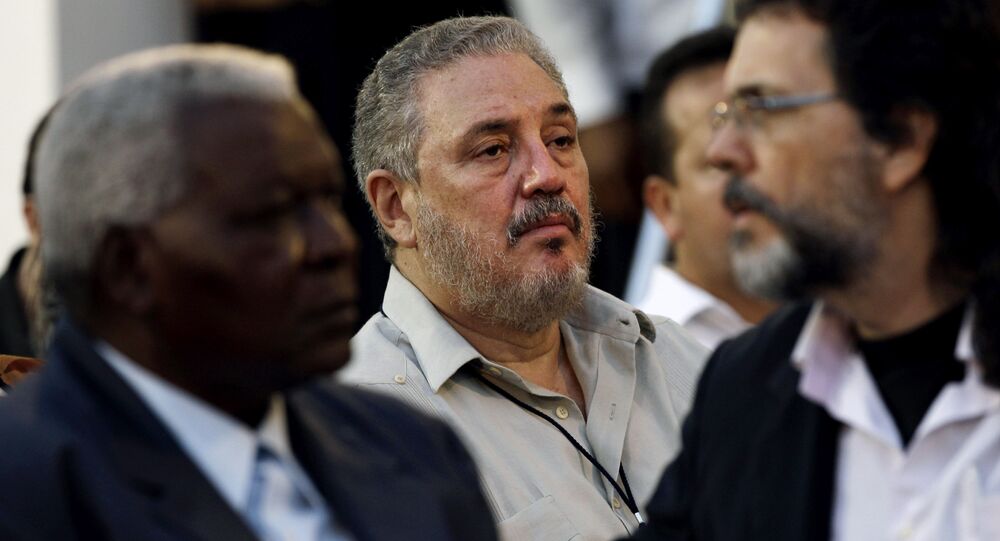 The Cuba Debate outlet said the 68-year-old had been hospitalized and then continued receiving treatment as an outpatient. The family will make the funeral arrangements, it said.

"Diaz-Balart, who had been attended by a group of doctors for several months due to a state of profound depression, committed suicide this morning," Cuba Debate outlet said.

Youtube / Sputnik
Crimea 'Immortalizes' Fidel Castro's Memory With a Monument
Fidel Angel Castro Diaz-Balart, also reportedly known as "Fidelito" because he looked much like his father, was a nuclear physicist who studied in the Soviet Union.

Recent years, he had been working as a scientific counselor to the Cuban Council of State and Vice-president of the Cuban Academy of Sciences.

From 1980 to 1992, Fidel Angel Castro Diaz-Balart was in charge of the national nuclear programme in Cuba and forged the development of a nuclear power plant in the country. However, Havana had to halt this project in 1992 due to the lack of funding.