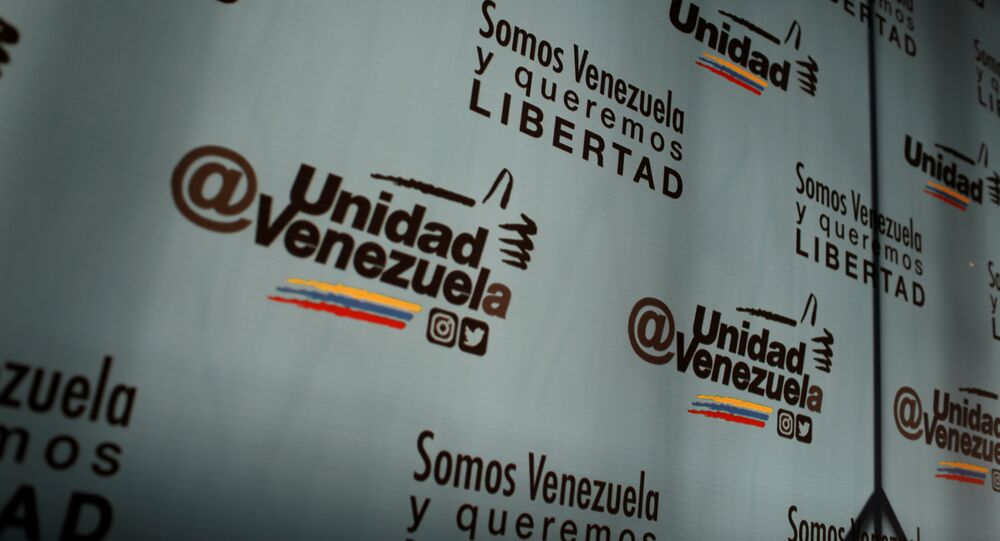 Venezuelan Opposition to Participate in Talks With Gov't, Delivers Ultimatum

MEXICO CITY (Sputnik) - Venezuelan opposition has confirmed its participation in the talks with the government scheduled to take place in Dominican Republic's capital of Santo Domingo on Sunday but delivered an ultimatum, under which it would engage in talks.

"Among our demands are the establishment of a balanced National Election Council, foreign observers, right to vote for the Venezuelans abroad… reconsideration of the banning of the opposition from the political competition and equal rights for political agitation," the communique of the Democratic Unity Round Table (MUD) opposition bloc issued on Saturday read.

© REUTERS / Ueslei Marcelino
Nicaragua Halts Exports to Venezuela Over US Sanctions Fear
The resumption of talks takes place against the background of country's Supreme Court's Thursday ruling that the main opposition bloc will not be allowed to register for the snap presidential election, which is to take place on April 30.

Since September 2017, Venezuela's government and the opposition have held several rounds of reconciliation talks hosted by the Dominican Republic, with the latest one on January 18 failing to reach an agreement.

© REUTERS / Ueslei Marcelino
Venezuela President Maduro Confirms Plans to Run for Reelection
Venezuela, mired in a deep economic crisis has been facing mass protests since last spring. The demonstrations were sparked by the country's top court's decision to restrict the legislative powers of the parliament as well as the National Constituent Assembly election initiated by Venezuelan President Nicolas Maduro with the intention of rewriting the constitution. The National Constituent Assembly has not been recognized by the country's opposition, the European Union and the United States.

The negotiations are currently in a deadlock since the opposition demands the release of imprisoned opposition figures and for foreign humanitarian aid to be allowed, while the government seeks to gain the opposition's support in helping lift the sanctions imposed by the United States in 2017 over the government's plan to rewrite the constitution.