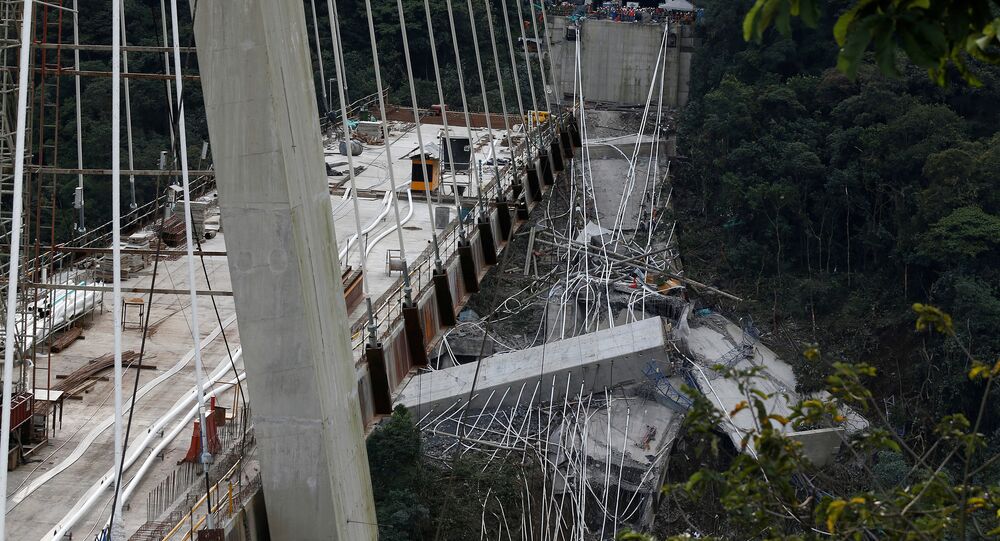 An estimated nine workers have been killed and five injured after an unfinished bridge collapsed in Colombia on Monday, according to a local disaster response agency official.

The uncompleted bridge, in the Chirajara district bordering the Cundinamarca and Meta provinces, was intended to be a section of highway connecting the Colombian capital of Bogota with the city of Villavicencio.

The collapse is under investigation, according to Meta province disaster response head Reinaldo Romero.

"Up to now there are nine dead and five injured," Romero affirmed, adding, "we are doing a check to rule out other victims," cited by Reuters.

US Expands Market Access for Rice Exports to Columbia