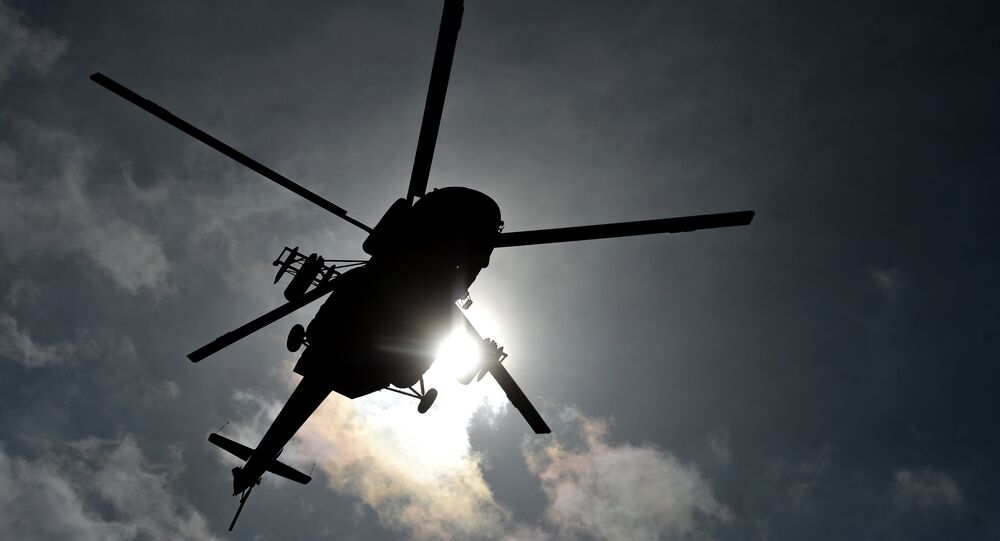 MEXICO CITY (Sputnik) - At least two Venezuelan police officers were killed and several others injured during an operation to catch ex-police officer Oscar Perez who is accused of hijacking a helicopter and attacking two government buildings in June 2017, local media reported Monday.

Earlier in the day, Perez said he was negotiating the terms of surrender after he had been surrounded in the Venezuelan capital of Caracas.

According to the statement of the Venezuelan Interior Ministry aired by a national television channel, Perez and his accomplices opened fire killing two police officers and injuring five others.

© REUTERS / Carlos Garcia Rawlins
Perpetrators of Helicopter Attack in Venezuela Demand Maduro’s Resignation
Media reports claim that five members of the group were detained and others were killed with no information on the fate of Perez.

On June 28, 2017, a group of security force officers headed by Perez hijacked a helicopter and assailed the Venezuelan Supreme Court in Caracas, opening fire and dropping several hand grenades, and also attacking the nearby Justice Ministry. After declaring the start of their fight against the government, the attackers disappeared. The government labeled the attack as an act of terror.

The incident came as a reaction to the voting on July 30 to elect the Constitutional Assembly set to rewrite the constitution as a way out of the political turmoil that started in January 2016, when a new opposition-controlled legislature was elected and relations between country's President Nicolas Maduro and the parliament became strained.