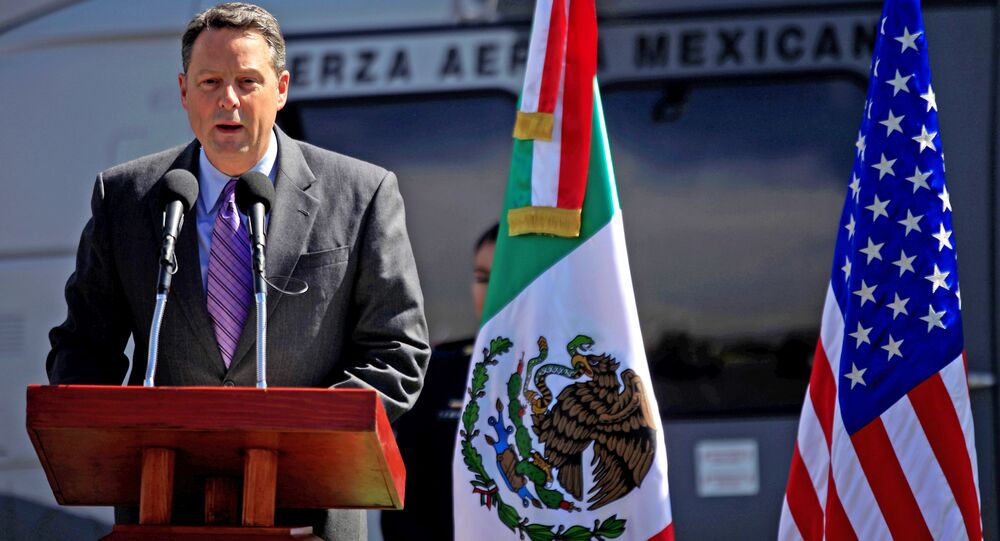 The US Department of State confirmed that its ambassador to Panama has resigned because he cannot support the policies of US President Donald Trump.

© RIA Novosti . Iliya Pitalev
'Your Mouth Is the Foulest Sh*thole in World': Ex-Mexican President to Trump
In a carefully-worded letter to the State Department, US ambassador to Panama John Feeley detailed that he will resign effective March 9 because he "might not agree with certain policies" of Trump and his cabinet.

While the diplomat noted that he could not agree with the policies, opinions and actions of the strikingly-unpopular US president, the State Department accepted Feeley's resignation with a simple statement acknowledging that the ambassador would "retire for personal reasons."

"As a junior foreign service officer," Feeley wrote in his resignation letter, "I signed an oath to serve faithfully the President and his administration in an apolitical fashion, even when I might not agree with certain policies."

"My instructors made clear that if I believed I could not do that, I would be honor-bound to resign," the diplomat detailed, adding, "That time has come."

Feeley, a Latin America specialist who has worked in the State Department and the US Marines for over three decades and is one of its most senior officers, was appointed by former US President Barack Obama, according to Univision News.

The US Department of State was alerted to Feeley's intentions at the end of 2017, well before Trump's notorious "s***hole countries" remark, according to Reuters.

While Trump has claimed that he never used the pejorative term about purported US ally nation-states, multiple sources have confirmed that the president made the disparaging comments "repeatedly," cited by the Washington Post.