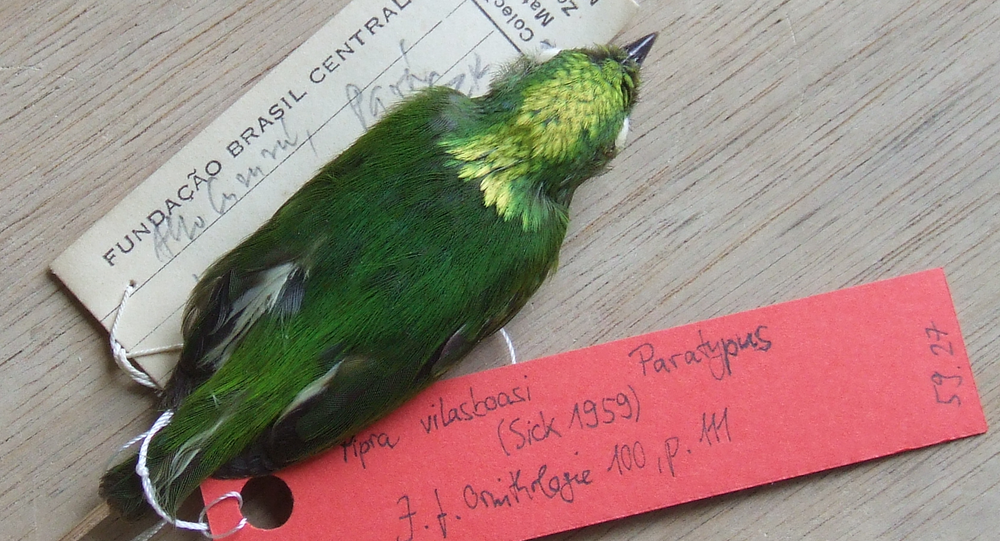 The Amazon rainforest is a territory that never stops amazing naturalists and biologists. Recently a new discovery in the rainforest has sent shock waves through the scientific community yet again.

A golden-crowned manakin with yellow feathers is actually the first ever known hybrid bird species.

Hybrid species are common among plants but when it comes to animals, especially vertebrates, that is a completely unique event, according to John Weir from the University of Toronto, Scarborough (UTS), in Canada, who was senior author of a research paper on the discovery.

“While hybrid plant species are very common, hybrid species among vertebrates are exceedingly rare,” he said in a statement Monday.

The manakin was first discovered in Brazil in 1957 but then disappeared from sight until 2002. However, it is only now that it has been identified as a hybrid species.

​Such species form when two parental species mate to produce a hybrid population, but then due to factors such as geographic isolation the mating stops.

© AFP 2021 / JIJI PRESS
Wave Riders: Hundreds of Japanese Sea Species Carried Across Pacific on Tsunami Debris
In this case the two parents are the snow-capped manakin, named for its bright snowy-white crown feathers, and the opal-crowned manakin, known for its glistening crown feathers.

Using scientific methods such as coalescent modeling, the scientists figured out at what point the golden-crowned split from its parental species. This happened some 180,000 years ago when the two different species originally mated.

"Most Amazon bird species diverged from their most recent ancestor around 1.5 to 4 million years ago, so these are all young birds by comparison" Weir said.