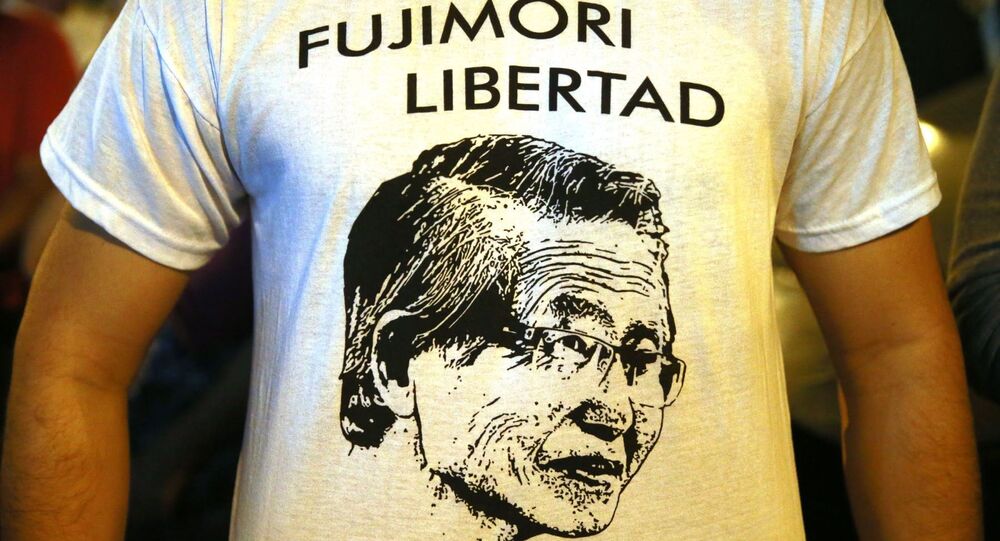 Fujimori, 79, is suffering from “a progressive, degenerative and incurable illness” and doctors warn that further imprisonment poses a serious risk to his health.

The decision is seen by critics as a quid pro quo after Fujimori’s son, a congressman, earlier abstained in a parliamentary vote to impeach Kuczynski.

Kenji Fujimori, was among several lawmakers who abstained from last week's vote to remove Kuczynski from office amid a bribery scandal.

The motion to impeach Kuczynski followed corruption charges related to his business dealings with a Brazilian construction company accused of bribing officials in several Latin American countries to secure contracts.

Kuczynski’s decision is all the more controversial as he owes his 2016 election win to support from anti-Fujimori campaigners, The Guardian wrote.

Hours after the announcement indignant protesters gathered in one of Lima’s central squares to voice their outrage about what former Prime Minister Pedro Cateriano described as an “act of treason to democracy and human rights.

“The pardon of the dictator is not a humanitarian act, it is an infamous political pact,” Cateriano said.

Peruvians remain bitterly divided over Fujimori’s legacy. He is admired by some Peruvians for combating Maoist rebels and reviving the country’s hyperinflation-stricken economy, while his critics consider him a corrupt dictator.

Fujimori was ousted by the Peruvian Congress in 2000 after fleeing to Japan and was later convicted by a court of embezzlement.

He was also found guilty of ordering the extrajudicial killings of 25 people, including an 8-year-old boy, in the early 1990s by a paramilitary death squad setup to target suspected rebel supporters and leftist activists.

READ MORE: Peru's Ex-President Fujimori Could Be Released From Jail by End of Year

Alberto Fujimori has been ranked by Transparency International as being in the top 10 of the world’s most corrupt leaders. It is believed that the former leader stole some $600 million in public funds.