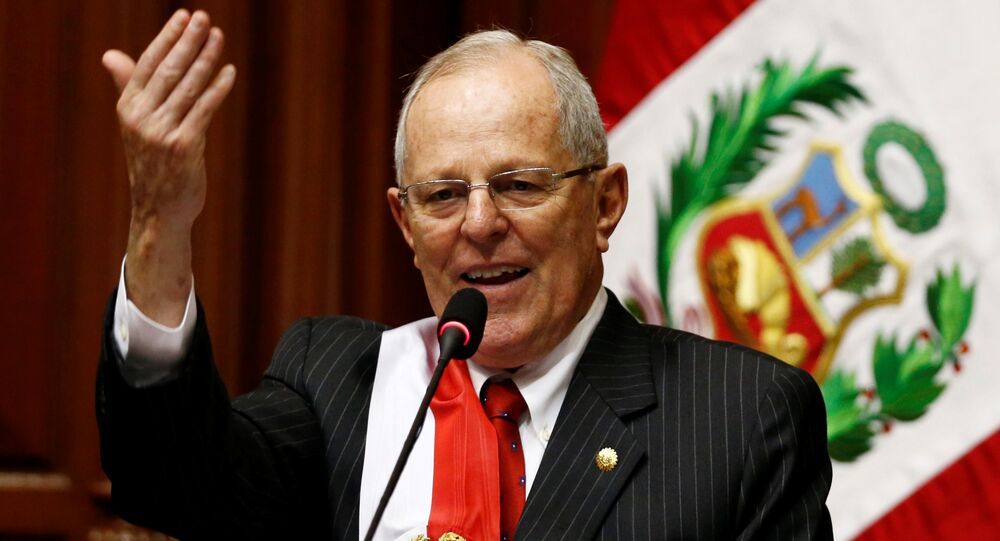 The motion to oust the president over his "moral incapacity" was rejected despite receiving 78 votes in favor; 19 voted against and there were 21 abstentions. At least 87 votes were needed to trigger the impeachment process.

In mid-December, Odebrecht sent a letter to the Congress, saying it had paid a total of $4.8 million to companies linked to Kuczynski between 2004 and 2012. Some of the payments were made to Kuczynski's consulting firm Westfield Capital during his tenure as minister of economy and finance, and as prime minister in the 2000s.

© AP Photo / Martin Mejia
Peru Calls Emergency Meeting of American Nations Over Situation in Venezuela
The revelations prompted several congressional factions to seek his impeachment in a motion on December 15, where they claimed that Kuczynski had lied when he denied any wrongdoing.

The investigation into Odebrecht, a construction giant, has become the biggest corruption scandal in Latin America. The company is accused of paying millions in bribes to politicians across the region to secure lucrative contracts. Marcelo Odebrecht, former head of the company, was sentenced to over 19 years in prison for corruption.