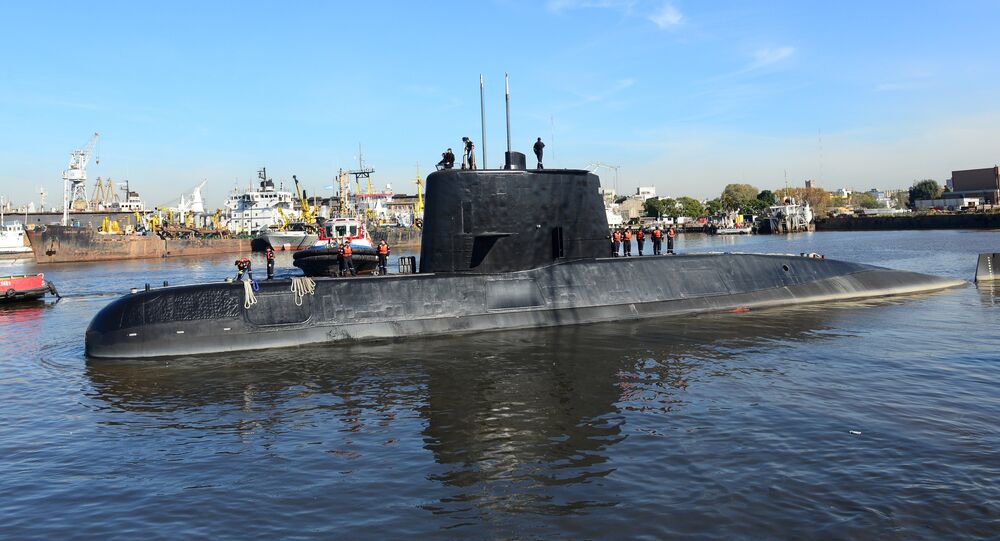 The 34-year-old submarine that was "in perfect condition" has been missing for more than a week.

Argentine President Mauricio Macri has ordered an inquiry into the case of the missing San Juan submarine.

"The tragedy will require a serious, in-depth, investigation that will yield certainty about what has happened," Macri said, adding that his "commitment was with the truth."

The president of the South American state has called on the citizens not to find the guilty, but to wait until the reasons for the accident become clear.

© AP Photo / Vicente Robles
Agony in Argentina: Grief-Stricken Relatives Blame Navy for San Juan Tragedy
According to Magistrate Marta Yanez, who is investigating the case, unlike a plane, "the submarine does not have a black box. The black box is the submarine."

The San Juan attack submarine, commissioned back in 1985 and refitted nearly 30 years later, fell off the radar screens on November 15 in the middle of its journey following reports of a mechanical failure, prompting the launch of a large-scale search and rescue operation. It had a 44-member crew aboard, with Eliana María Krawczyk, the first Argentine and South American woman submariner, among them.

Following the incident, several countries, including Russia, Chile, US and the UK, proposed their assistance in an effort to find the lost submarine.

On November 23, the Argentine Navy confirmed that there had been an explosion detected in the last known location of the missing submarine shortly after the last communication with the crew had taken place. However, the Navy hasn't yet officially declared the loss of the crew, with the search operation still ongoing.

Shortly before making its last contact, the submarine’s captain reported it had experienced a "short circuit," and was told to change course and return to base.