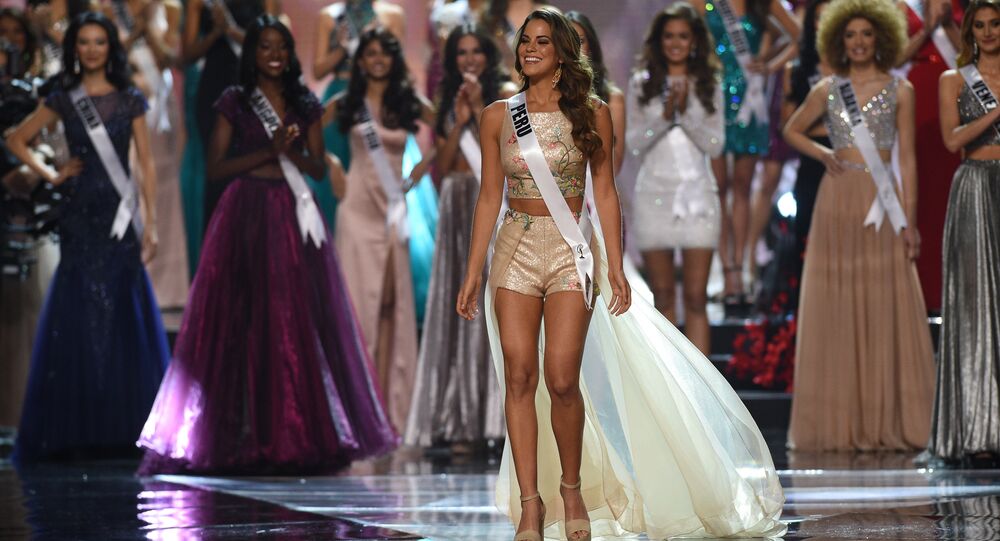 Beauty pageants regularly attract criticism over being highly sexist in the way they portray females' bodies - but it appears not in Peru.

Instead of talking about their body measurements, Miss Peru 2018 participants on October 29 have highlighted statistics detailing violence against women in a bid to send out a powerful message to those watching the televised event.

The 23 contestants — all vying for the title and the chance to take part in the Miss Universe competition in Las Vegas this month — gave out a roll call of disturbing data on crimes against women in their own country.

One revealed how a girl dies every 10 minutes due to sexual exploitation while another revealed more than 70 percent of women in Peru are victims of street harassment.

"Unfortunately there are many women who do not know, and think they are isolated cases. I think that the fact that you are looking at your regional representative, at the queen of your department, giving open and real figures about what is happening in our country is alarming," Ms. Newton said.

150 participants had registered for the competition and five had been victims of violence themselves, including rape.

A Cry Against Impunity

Romina Lozano, who won the event, said her plan would be "to implement a database containing the name of each aggressor, not only for femicide but for every kind of violence against women."

"In this way we can protect ourselves," she explained.

The South American country has witnessed a rise in the number of gender-based violence incidents in the recent past. According to government figures, 800 women have been murdered in gender-related violence in the six years leading up to 2015.

© AFP 2021 / Chandan Khanna
'My Father Will Kill Me at Any Time': Indian Woman in Video Released by Activist

Nearly one in four who had sought help were murdered by the assailant they had reported to the authorities, according to a study by Peru's ombudsman office.

In 2016, women's rights campaigners took to the streets of Peru to protest against sexual violence, in a move described as "a cry against impunity."

It was estimated more than 50,000 people alone took part in the march in the capital Lima, while thousands more participated in about 23 towns and cities across the country.

According to the Observatory of Citizen Security of the Organization of American States, Peru ranks as second only to Bolivia with the worst record of violence against women in South America.

'My Father Will Kill Me at Any Time': Indian Woman in Video Released by Activist