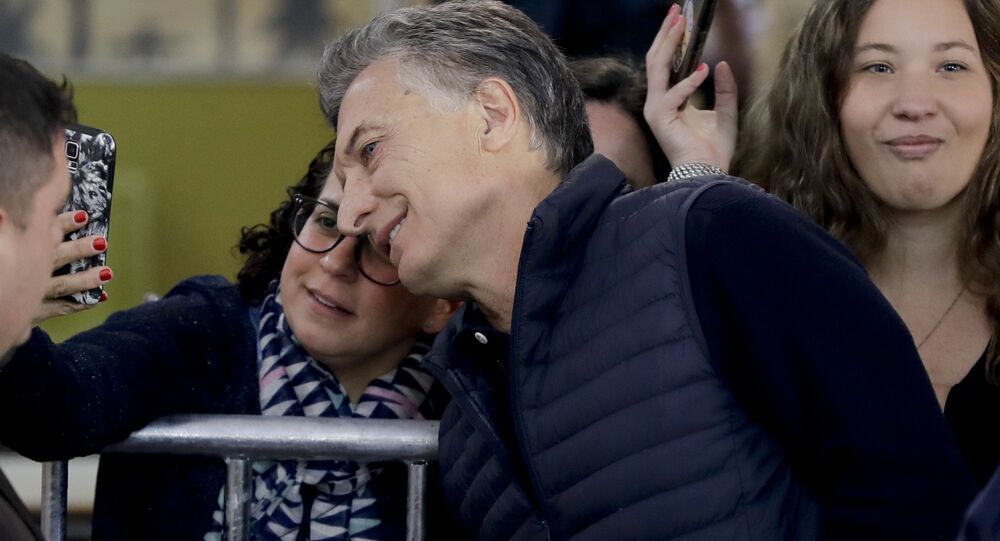 The President of Argentina, Mauricio Macri, has promised to end the "privileges that save a few." His words come as questions continue to be asked about US$35 million which was allegedly laundered by his brother Gianfranco.

A week after a crushing victory in mid-term elections Argentina's President Mauricio Macri has given a speech in which he promised to make it a fairer country and to reform the legal and tax systems.

"We want to end the privileges that save a few while so many Argentines suffer from poverty and inequality," Macri said on October 30.

But Mr. Macri's virtuous words come in sharp contrast to allegations which continue to swirl around him and his family.

Nicolas Caputo, another figure who is close to President Macri, was also accused of handling US$26.5 million.

​[Tweet: "Reunion of Cabinet at Casa Rosada (the Pink House)"]

But in August, Argentina's supreme court ended an investigation into the role of President Macri and his father Franco in two offshore companies named in the Panama Papers.

The court said the case should be investigated for alleged tax evasion, rather than money laundering.

Put on the Spot by Journalist

On Monday, October 23, a Mexican journalist, Cecilia Gonzalez, highlighted during a press conference that despite the government rhetoric on a transparency within the administration, it was a presidential decree that allowed Macri's brother to launder money.

He replied that his brother had the right by law to launder the money.

In November 2016 by decree 1206/2016 Macri modified law 27.260 to grant immunity to relatives of the president and other government officials.

Macri, a former Mayor of Buenos Aires, who leads a pro-business party, Cambiemos (Let's Change), is not the only politician in Argentina to be linked to money laundering.

In April, his arch-rival, former President Cristina Fernandez de Kirchner, was charged, along with her daughter Florencia, son Maximo and two businessmen, with laundering money in property dealings.

Around US$8 million of her assets was frozen. Ms. Fernandez de Kirchner has denied any wrongdoing.

Macri, a close ally of the United States, was elected in 2015 and faces another election in 2019, but he has promised to transform Argentina, relying largely on foreign investment.

"The Argentine people confirmed (at the recent election) our decision to change. It is a real change, a change driven by the Argentine people with the will to change. We are starting a new era, we are not taking the 'cannot' generation anymore. It is inadmissible that a country with the structural conditions that we have so many Argentines in poverty. We will end poverty," he promised.

Critics point out however, that he has increased gas and diesel prices seven times since coming into office and also reduced welfare payments and subsidies as part of a program of austerity.