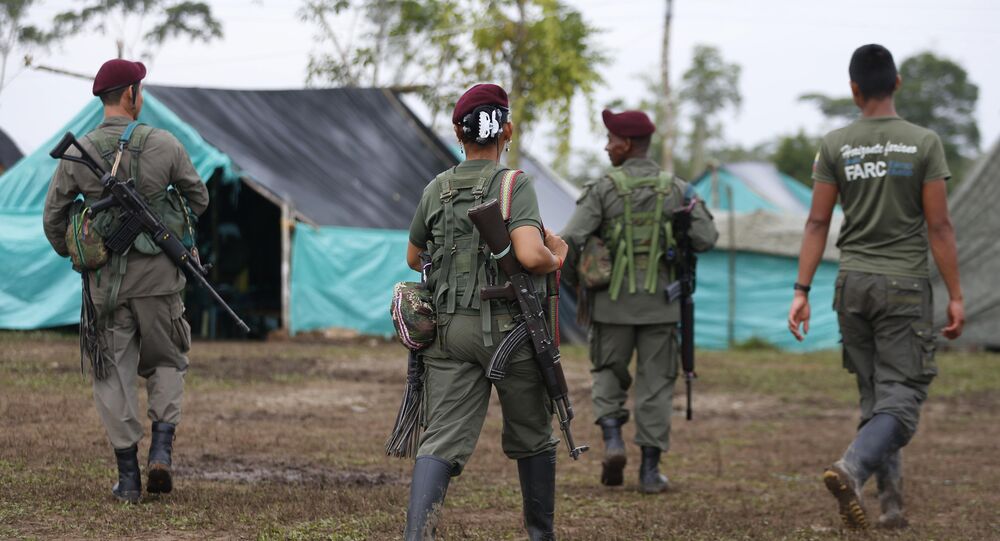 The Colombia's FARC movement, formerly known as the Revolutionary Armed Forces of Colombia, officially registered its political party as a part of the national reconciliation process, one of the FARC leaders Ivan Marquez said.

MEXICO CITY (Sputnik) — According to the Heraldo media outlet, the new party is called the Alternative Revolutionary Force for the Common People with the acronym coinciding with the previous movement’s name – FARC.

“Having turned today into the Alternative Revolutionary Force for the Common People, FARC grants this irresistible power to people so that they can move to changes on their own,” Marquez said on Monday.

© AP Photo / Fernando Vergara
Colombian President Pardons Over 3,500 Former FARC Militants
He also said that the party could nominate its candidate for the presidential election in the future.

FARC was formed in 1964 as the military wing of Colombia's Communist Party. The half-century war between FARC and the Colombian government, which erupted soon after the formation of the group, claimed the lives of hundreds of thousands of people.

In November 2016, the Colombian government signed a peace deal with FARC. Transforming the armed group into a political movement and granting amnesty for its members were among the provisions of the peace agreement.

The disarmament of the FARC began in February and was set to complete by late May. However, on May 30, Colombia’s government announced a 20-day extension of the arms handover deadline under agreement with the United Nations and FARC. On June 26, the UN mission in Colombia said that FARC had handed all individual weapons to comply with arms laydown roadmap.