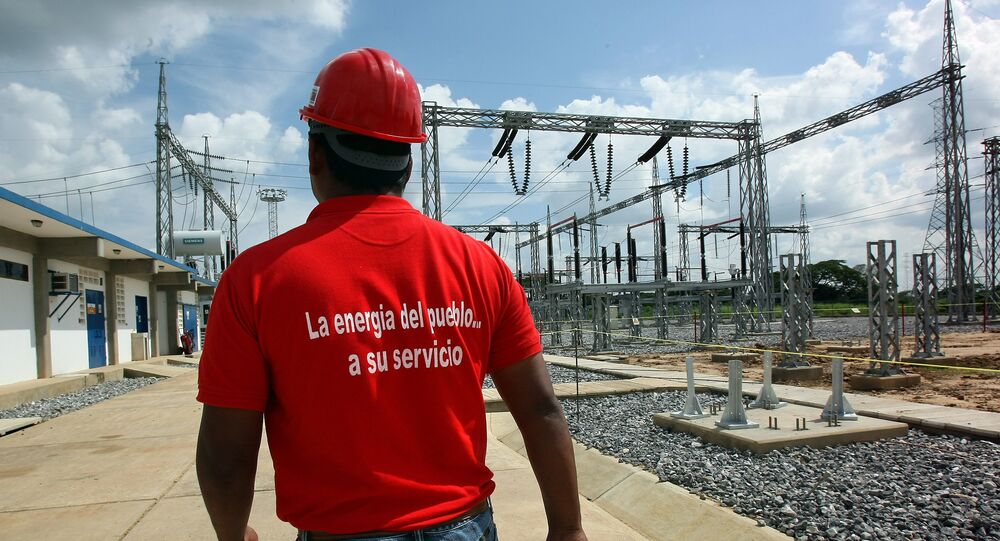 Venezuela’s President Maduro has announced that the country's government has derailed an opposition plot to disrupt core public services, including national energy, water and gasoline supplies, and thus destabilize the situation in the country.

The Venezuelan leader referred to the schemers as a "right-wing fascist group," which included the "opposition leaders of the highest level." The plot, which he said was mastermind by the US embassy in Caracas, was supposed to be set in motion on Monday.

Nicolás Maduro had not revealed any names of the suspects but said that the group has been captured "with concrete physical evidence."

© AFP 2021 / DON EMMERT
Venezuela Accuses US of Declaring a War, Pledges Proportinate Response
Vice President Tarack el Aissami, Interior Minister Nestor Reverol and Bolivarian Intelligence Service (SEBIN) Director Gustavo González López are set to reveal all the details of the operation on Tuesday, the President said during a meeting with regional leaders in the country's northern state of Vargas, which was broadcast by the Venezuelan state television channel.

Maduro specifically pointed out that the sabotage plan was also aimed at disrupting the country's regional elections, which are scheduled for October 15, when the country will elect a governor for each of its 23 states.

At the end of September, the Venezuelan leader already urged the country's military to be on standby and be ready to "defend every inch of its territory." Venezuela, he said, has been "shamelessly threatened by the most criminal empire that ever existed," referring to the US in the follow up to the introduction of new US travel restrictions against some senior Venezuelan officials.