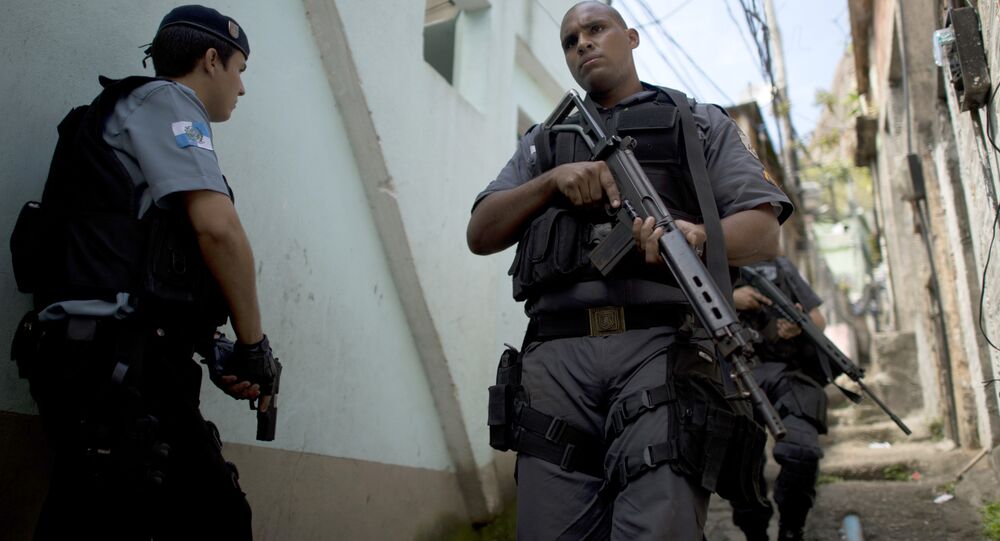 A mass shooting between the police and local drug dealers in the Rio de Janeiro's largest favela Rocinha caused panic this morning and closed Lagoa-Barra, one of the main access roads to the south zone of the city.

At least one of the passers-by was wounded. A group of people made a barricade near a tunnel under the favela and set it on fire. A grenade was left in the barricade, but it did not explode.

The law enforcement services cordoned off the area.

According to local media reports, the shooting began at 9:30 p.m. The criminals opened fire on police officers who surrounded Rocinha.

There were also shootings in the hills of Alemão, Dona Marta, Villa Kennedy and Chapéu Mangueira.

A bus from line 538 was burned down on Estrada da Gávea road, according to TV Globo.

The state government requested assistance from the armed forces of the country. The Ministry of Defense of Brazil promised to send an army to the area, but has not yet approved the use of the Armed Forces for direct struggle against drug dealers.

The conflict started last Sunday from one group of drug dealers fighting off drug sales points from their rival group. On that day the police did not intervene and there was a big gunfight, during which two people were killed and which caused great damage to the equipment for the distribution of electricity and water in the favela.