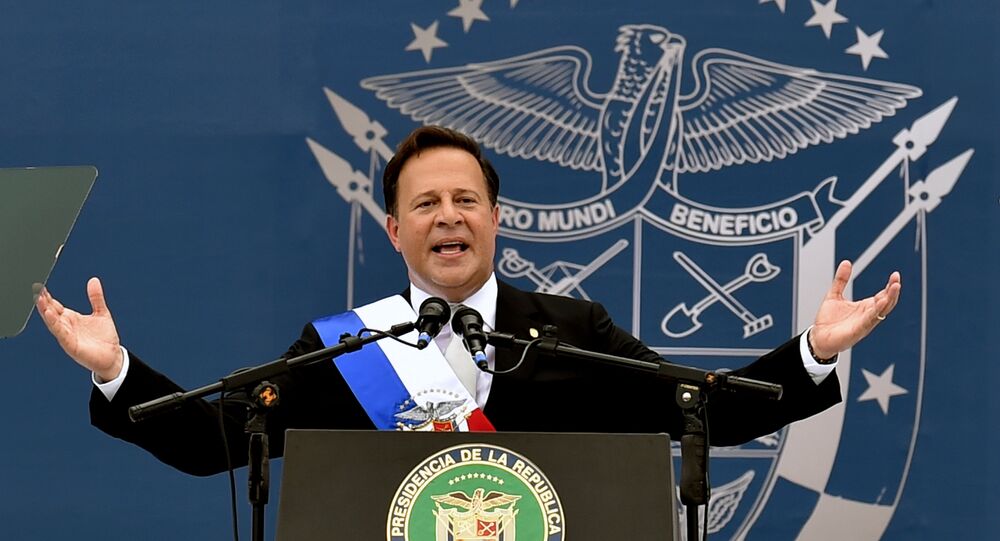 Panamanian President says that the United States should continue to have its embassy in Cuba open.

NEW YORK (Sputnik) — The United States should continue to have its embassy in Cuba open and to retake a dialogue with the island nation, Panamanian President Juan Carlos Varela told Sputnik on the sidelines of the UN General Assembly in New York.

On Sunday, Secretary of State Rex Tillerson told CBS broadcaster that the US government was considering to close its embassy in Cuba because last year the US and Canadian diplomats in Havana sustained brain injuries allegedly as a result of a "sonic attack."

"I think that the dialogue is the solution to any political situation. They should keep their embassy open and they should retake the dialogue that it was done before," Varela said on Monday.

The president noted that the diplomatic ties should not be severed amid the series of natural disasters, which have recently hit the Caribbean region.

© REUTERS / Enrique De La Osa
US Closing Embassy in Cuba May Set Back Relations Decades Based on Dubious Claims
"I feel that the disaster that affected the Caribbean and also the United States in the past two weeks sends a clear message that the capacity of these countries must be used to take care of their people," Varela added.

US senators sent a letter to Tillerson on Thursday, urging the State Department to close the embassy in Havana and expel all Cuban diplomats from the United States, since Cuban authorities failed to ensure security of US diplomats.

In August, US State Department spokeswoman Heather Nauert said US diplomatic personnel working in Cuba were involved in an incident that resulted in physical symptoms, which were not life threatening.