Russian President Vladimir Putin said Moscow is ready to assist Cuba in dealing with the aftermath of Hurricane Irma that hit the Caribbean island.

MOSCOW (Sputnik) — The news comes after the head of Russian Emergencies Ministry said Russia was ready to provide support to France and Cuba after the hurricane.

"Yes, we are ready. The head of the Emergencies Ministry has already offered their help. We are ready," Putin told a Cuban reporter in Moscow.

Hurricane Irma, a Category 5 storm, descended on the Caribbean islands on Wednesday, striking St Barthelemy and St Martin. On Friday, the hurricane made landfall in the Camaguey Archipelago in Cuba's north-east and continued towards Florida.

#Irma from sunrise to sunset today. Looking increasingly healthy as it moves away from Cuba. pic.twitter.com/XFhRCUiBUv 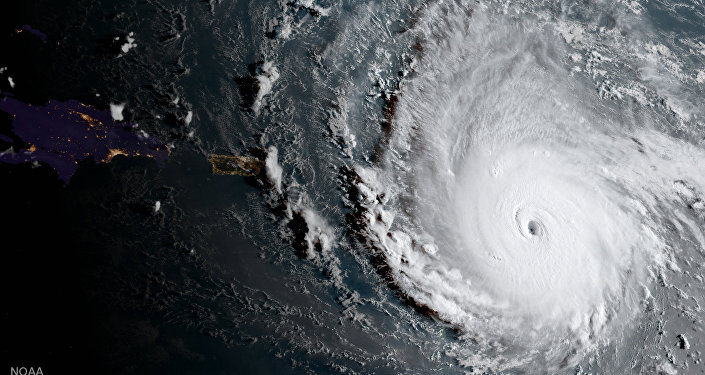 © AP Photo / NOAA
Russian Tourists Evacuated as Hurricane Irma Batters Cuba
The damage caused by the hurricane is significant. Irma hit the Camaguey Archipelago with nearly 160 miles per hour winds, according to local authorities and US media reports.

The hurricane is one of the strongest ever recorded in the Atlantic basin and has already caused more than 20 deaths.

The eye of the storm is forecast to move near the north coast of Cuba throughout Saturday, near the Florida Keys on Sunday morning, and then near the southwest coast of Florida on Sunday afternoon.

Alabama Governor Issues State of Emergency Ahead of Hurricane Irma