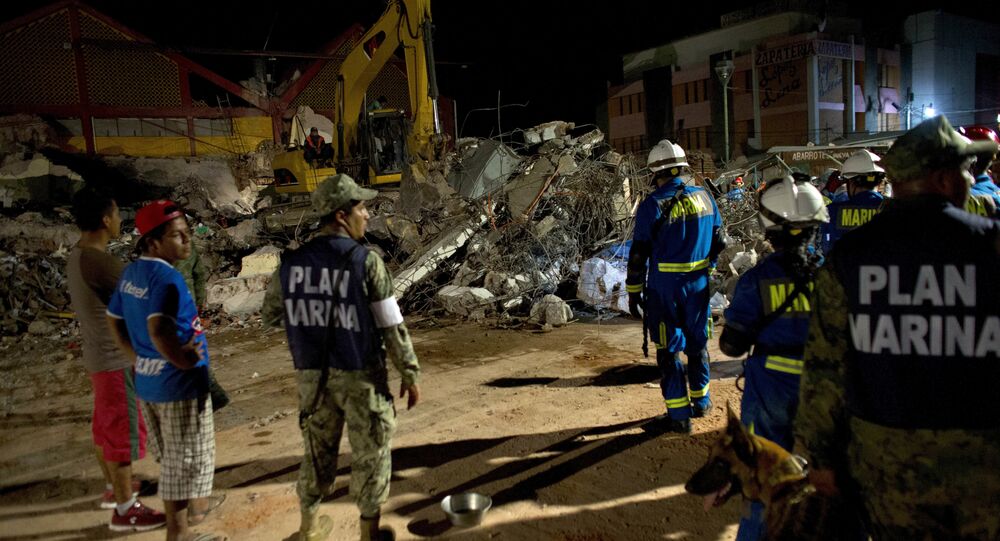 Mexico's Oaxaca Death Toll Up to 71, Bringing Total Number of Killed to 90

According to a report released by Oaxaca’s Civil Protection System office, the death toll in the Mexicoan state of Oaxaca increased to 71 after a powerful earthquake.

MOSCOW (Sputnik) – The death toll in Mexico’s state of Oaxaca increased to 71, bringing the total number of people who died as a result of the 8.0-magnitude earthquake to 90, Oaxaca’s Civil Protection System office said Sunday.

The tremor occurred in the country's south on Friday. On Saturday, Mexican President Enrique Pena Nieto said that the death toll amounted to 65 people, with 46 killed in Oaxaca.

"During the evaluation meeting, the Governor @alejandromurat [Alejandro Murat] informed that the number of people killed by the earthquake had increased to 71 #Oaxaca," the office's press service wrote on Twitter.

According to the US Geological Survey, the shocks were registered at 04:49 GMT on Friday with the epicenter located 119 kilometers (73 miles) south-west of the Tres Picos settlement at a depth of 33 kilometers (about 20 miles). Mexico's President stated that his country has experienced the largest earthquake in 100 years.

Though the USGS measured the quake at a magnitude of 8.1, the Mexican Seismological Agency rated it at 8.4.

The southern neighbor of the US was already bracing for Hurricane Katia to strike Veracruz, not far from the earthquake-affected states, early Saturday. Officials say the storm could bring life-threatening floods.