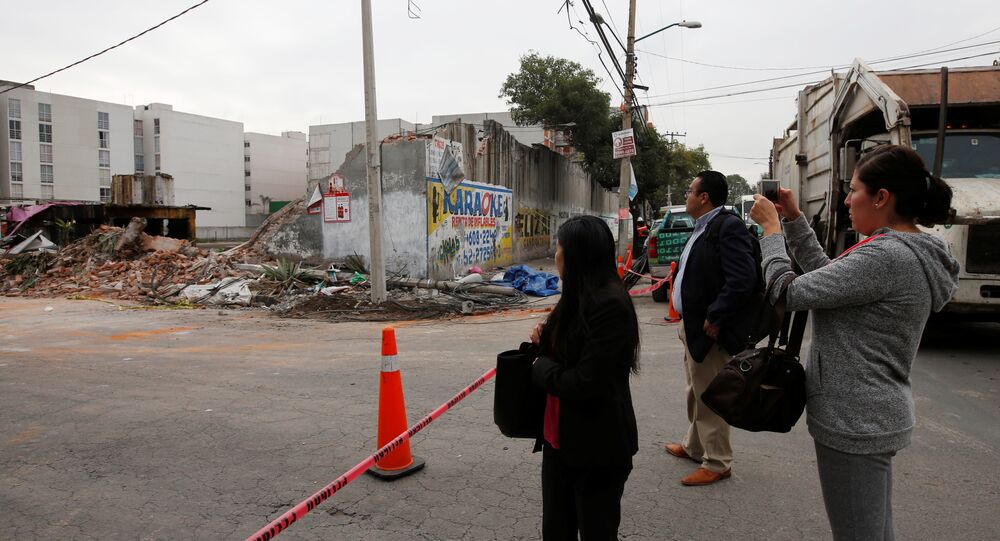 Twitter users expressed their sympathies to the people of Mexico after the country was hit by a devastating magnitude 8.2 earthquake. The deadly calamity left dozens dead and numerous buildings destroyed, which touched a compassionate nerve of Internet users globally.

Dozens were killed as a result of a powerful magnitude 8.2 earthquake that hit Mexico early on Friday, September 8 — the largest the country has experienced in the past 100 years.

Mexican President Enrique Pena Nieto said that "50 million Mexicans felt the tremor" when the disaster struck, adding that 65 aftershocks were felt after the earthquake.

As Mexican authorities move to deal with the aftermath of the earthquake, numerous Twitter users expressed sympathy to those afflicted by this cataclysm using hashtag #PrayForMexico.

Some people, however, used this opportunity to make snide remarks about US President Donald Trump.

Donald Trump be like, "My thoughts and prayers are with the people of Mexico but we will BUILD that WALL"
#PrayForMexico

Others simply sought to convey a message of compassion and support to the people of Mexico.

Praying for my family, my country, and it's people this is so devastating and it breaks my heart. #PrayForMexico 🇲🇽

The earthquake’s epicenter was located off the Pacific coast of Mexico, approximately 73 miles south-west of the Tres Picos settlement, with the shocks being registered at 04:49 GMT, according to the US Geological Survey.