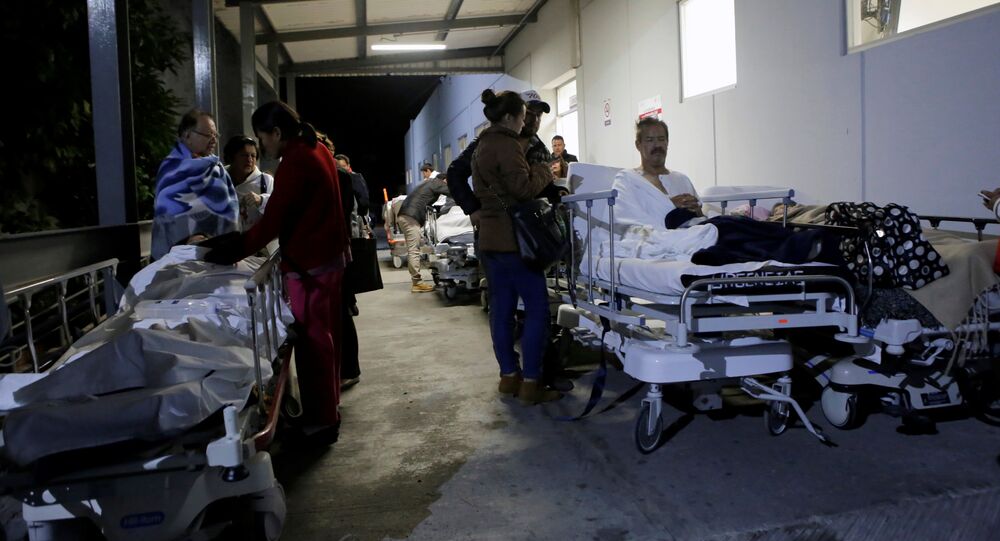 The number of victims of the most powerful earthquake in the last century in Mexico increases to 32, according to local authorities.

The EFE news agency reported later citing Murat that the death toll in the state reached 23. According to the preliminary estimates by the authorities, two people also died in the state of Tabasco and seven in the state of Chiapas.

According to the US Geological Survey, the shocks registered at 04:49 GMT with the epicenter located 119 kilometers (73 miles) south-west of the Tres Picos settlement at the depth of 33 kilometers (about 20 miles).

© AFP 2020 / Victoria RAZO
Mexico's Most Powerful Earthquake in 100 Years Kills Five, Creates Tsunami
The impact of the earthquake was felt in the city and state of Mexico, the states of Chiapaz, Veracruz, Hidalgo and several others.

Earlier in the day, a magnitude 8.2 earthquake struck off the coast of the Mexican state of Chiapas, near the border with Guatemala. It was followed by an aftershock with a magnitude of 5.7.

An official tsunami threat was issued by the Pacific Tsunami Warning Centre following the quake. "Based on the preliminary earthquake parameters… widespread hazardous tsunami waves are possible."

Pena Nieto said that his country had just experienced the largest earthquake in 100 years.