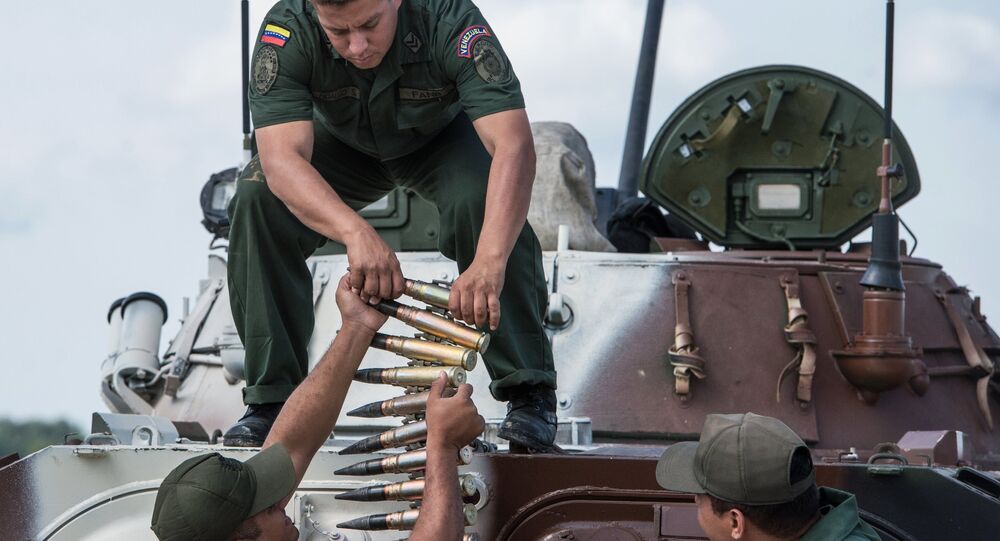 MOSCOW (Sputnik) — On Friday, Trump told reporters that the United States will not rule out taking military action against Venezuelan President Nicolas Maduro’s government amid ongoing deadly protests in Venezuela. At the same time, Pentagon spokesperson Eric Pahon said that the US Department of Defense had not been ordered to take military action against the Latin American state.

"The Armed Forces of the Bolivarian Republic of Venezuela reiterate their peaceful intentions, but confirm their sacramental oath to sacrifice themselves protecting the homeland and its institutions if required," Lopez said.

The Venezuelan official said that that his ministry condemned the statements of Trump and considered them as "one of the most significant threats" in regards to Caracas.

© AFP 2020 / FEDERICO PARRA
Trump's Remarks on Military Solution for Venezuela Slammed as 'Unacceptable'
Venezuela has been facing mass deadly protests since spring. In late July, the election of delegates to the National Constituent Assembly, which would be in charge of rewriting the country's Constitution, took place at the initiative of Maduro. The election of the body criticized by the opposition has resulted in the escalation of protests and more victims.

The United States has also criticized the move to elect the National Constituent Assembly, urging Maduro to respect the country's constitution and human rights.