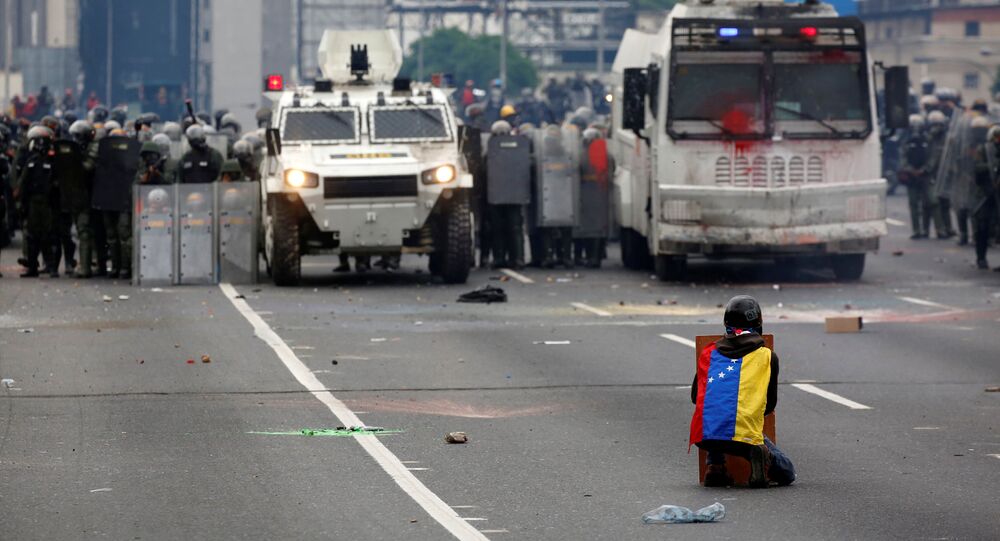 Mexico does not consider military action as a possible measure to resolve Venezuela crisis.

Venezuela: Military Coup Attempt or Terrorist Attack?
MEXICO CITY (Sputnik) – Mexico does not consider military action as a possible measure to resolve the ongoing crisis in Venezuela, the county’s Foreign Ministry said in a statement.

On Friday, US President Donald Trump told reporters the United States would not rule out taking military action against Venezuela's President Nicolas Maduro, citing a rising number of protest-related deaths in the country.

"The Mexican government, in full compliance with the norms and principles of international law contained in the United Nations Charter and the Mexican Constitution, expresses its repudiation of the use or threat of use of force in international relations. The crisis in Venezuela cannot be resolved through domestic or foreign military actions," the statement read.

After Trump’s statement, Pentagon spokesman Eric Pahon said no orders had been received on military action against Venezuela.

Venezuelan Defense Minister Vladimir Padrino, in turn, said Friday that Trump’s threat of military action was an act of craziness.

In a statement later in the day, the White House said Trump denied having a telephone conversation with Maduro unless democracy is restored in the country.

In late July, the election of delegates to the Venezuelan Constituent Assembly, which would be in charge of rewriting the country's Constitution, took place at the initiative of Maduro. The election was harshly criticized by the opposition and led to mass protests across the country. The turmoil is happening amid the wider unrest in Venezuela against the backdrop of the economic crisis. Since April, over a hundred of people have been killed in the protests.