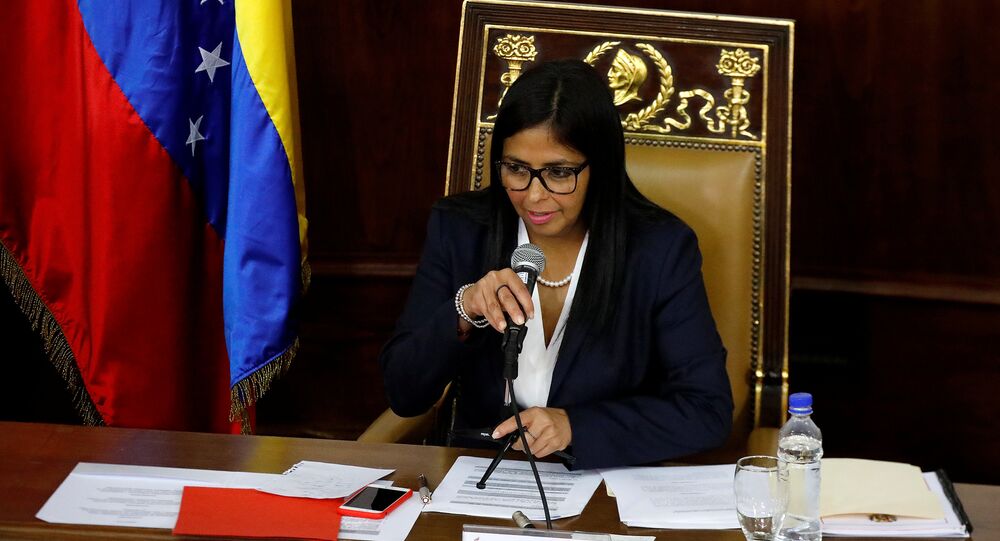 Head of the Constituent Assembly of Venezuela Delcy Rodriguez stated that the new US sanctions targeting Venezuelan government officials aimed at intimidating the voters.

"We reject illegal sanctions that are aimed at intimidating the voters," Rodriguez, who is not among the sanctioned officials, wrote in a tweet.

On Wednesday, the US Department of Treasury announced the expansion of its sanctions on Venezuela. These measures included travel bans and asset freezes on eight people who played a role in convening the new legislative body, including Adan Coromoto Chavez Frias, the older brother of Venezuela’s former President Hugo Chavez.

Commenting on the sanctions, Venezuelan Foreign Minister Jorge Arreaza said they constituted an attack on democracy and a violation of international law.

© AP Photo / Miraflores Palace
Venezuela’s Constituent Assembly Declares Itself Main Governing Body – Reports
The National Constituent Assembly, which proclaimed itself the main governing body of Venezuela, is a new legislature with the power to amend the country’s constitution. It was elected on July 30 amid mass protests across Venezuela, which resulted in 10 deaths on election day alone. Overall, the death toll has risen above 120 people since early April.

The Venezuelan opposition have refused to recognize the legitimacy of the Constituent Assembly, as it believes that Venezuelan President Nicolas Maduro's plan for constitutional reform is aimed at sidelining the opposition-controlled National Assembly.

The United States has repeatedly threatened to sanction anyone involved with the Constituent Assembly.

Going Crackers Over Caracas: The War Party Demands We Fall in Line on Venezuela