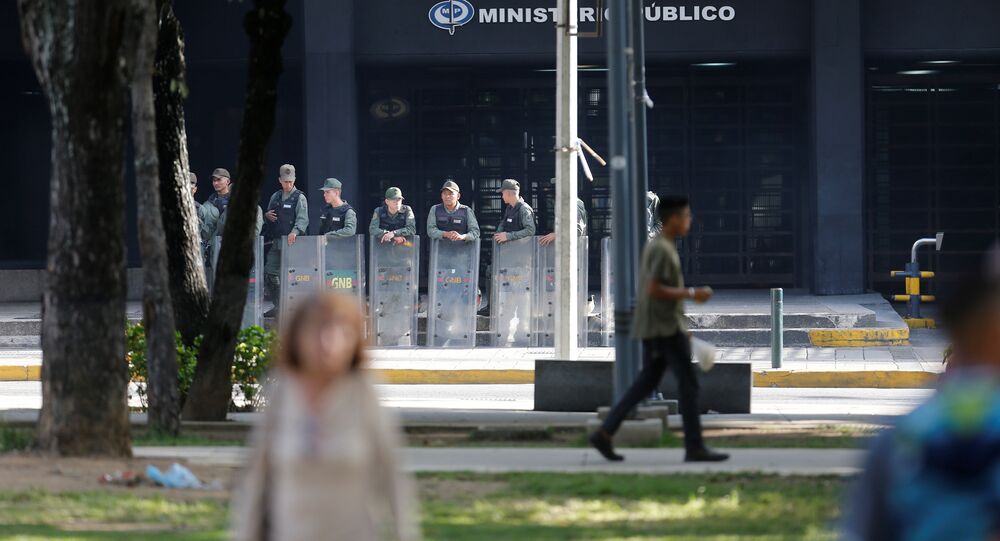 MOSCOW (Sputnik) — On Thursday, Venezuela's chief prosecutor's office called for suspension of activities of the recently elected National Constituent Assembly. The prosecutors had also launched an investigation in potential abuses during the vote organized by the country's authorities.

"I condemn this act of iniquity," the attorney general said on her Twitter account publishing photos of servicemen near the building.

On Sunday, Venezuelan President Nicolas Maduro’s government held elections for delegates to the constituent assembly. The move led to mass protests across the nation. The manifestations resulted in numerous victims. Venezuelan opposition, as well as the European Union and the United States, among other countries, refused to recognize the body's legitimacy.